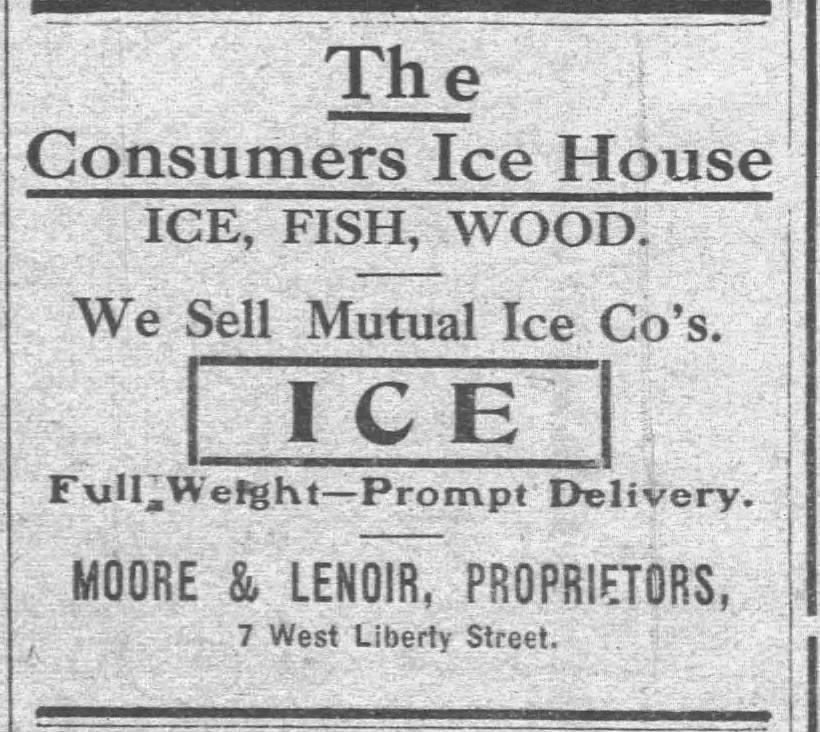 Julius Abraham Schwerin (1859-1929), son of Sumter merchant Julius Schwerin (1812-1875) and Caroline Suares Schwerin (1819-1904), was an active merchant in Sumter from the 1880s through the 1910s. In 1883, Sumter newspaper The Watchman and Southron reported Schwerin “started a Soda Fountain, and is ready to dispense the popular beverage in all its varied and enticing forms.”1 Schwerin appeared in the same newspaper again in 1887, this time in a notice that he was selling the “prize melons” of Mr. D. J. Chandler in his store.2 Schwerin then served as the manager of the Sumter Book and Novelty Store from late 1890 to early 1891. By 1900, Schwerin was working as a billposter, (a person who pastes up bills or placards on walls or billboards). By 1907, however, in addition to his job as a billposter, Schwerin became a founding member and business manager of the Mutual Ice Co. Schwerin owned nearly one-half of the shares in that company.3

Main Image: An advertisement for The Consumers Ice House, which sold ice produced by the Mutual Ice Co. Reprinted from The Item, May 16, 1907.