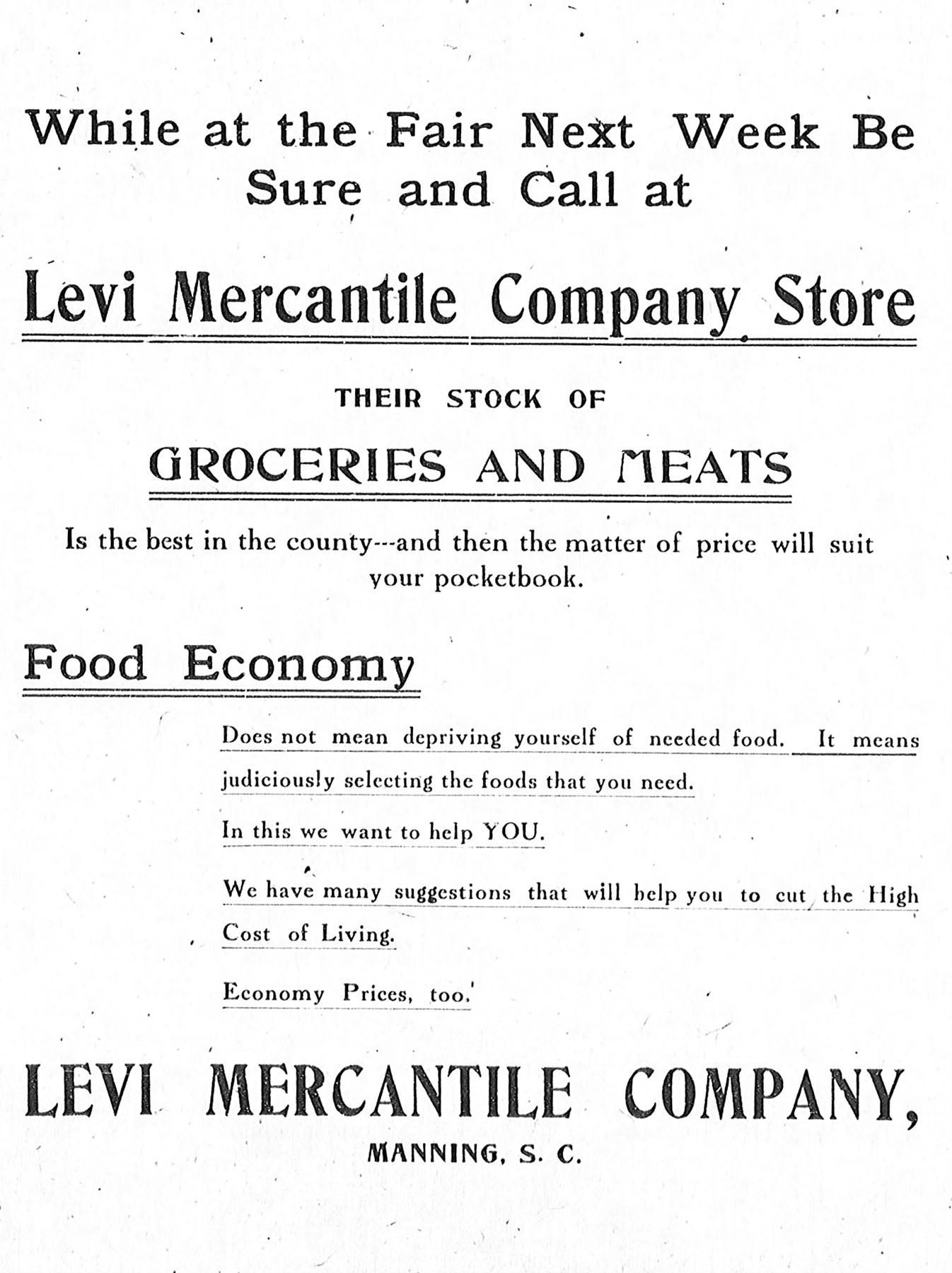 In 1900, brothers David Levi (1854-1923) and Abe Levi (1863-1917), sons of merchant Moses Levi (1827-1899) and Hannah Jacobs (1830-1905), founded the Levi Mercantile Company in Manning, South Carolina. As a young man, David worked in his father’s general merchandise store until around 1886, when he established his own store in St. Paul, a small community in rural Clarendon County. Younger brother Abe attended King’s Mountain Military Academy in Yorkville as a young man, and later studied law in New York. After he returned to South Carolina, Abe served as the first and only president of the Bank of Manning, which was organized in 1889. He also served as captain of the Manning Guards, a state militia group organized around 1885, and was elected major of the Fourth Regiment of the Carolina Infantry militia group. Abe was a trustee of the Manning graded school and a freemason. From their warehouse in downtown Manning, the Levi brothers distributed merchandise to the area’s retail establishments. Although a fire in late 1916 destroyed their entire stock and warehouse, the company continued operation until David’s death in 1922. After the fire, the company began to sell groceries at wholesale and retail prices.