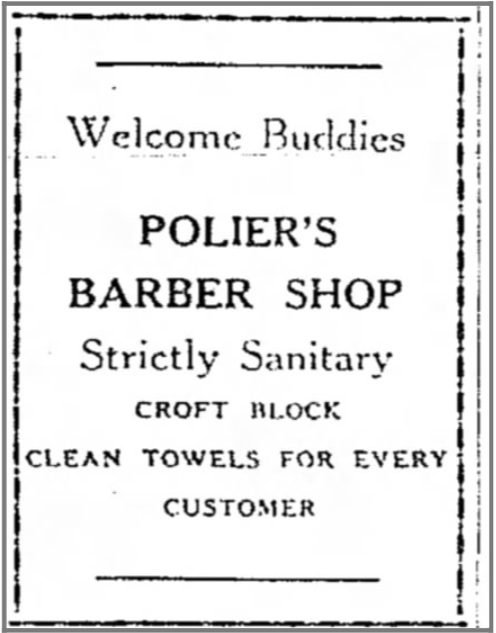 In the 1880s, H.L. Polier (1850-1921) initiated a chain migration of Jews from Eastern Europe to Aiken. One such Jewish immigrant that followed H.L. Polier in 1881 was his younger brother, Morris S. “M.S.” Polier (1860-1935), from Knyszyn, Poland. About ten years after arriving in the United States, M.S. Polier moved from New York, finally joining his brother in Aiken. In 1891, M.S. Polier began a barber shop in Aiken. His barber shop briefly ceased business between 1906 and 1909 when M.S. Polier was living in Atlanta. After M.S. Polier’s return to Aiken in 1909, he resumed his barber business, cutting and grooming hair there until 1933. Two years later, M.S. Polier passed away and was remembered fondly for being a successful Jewish merchant.