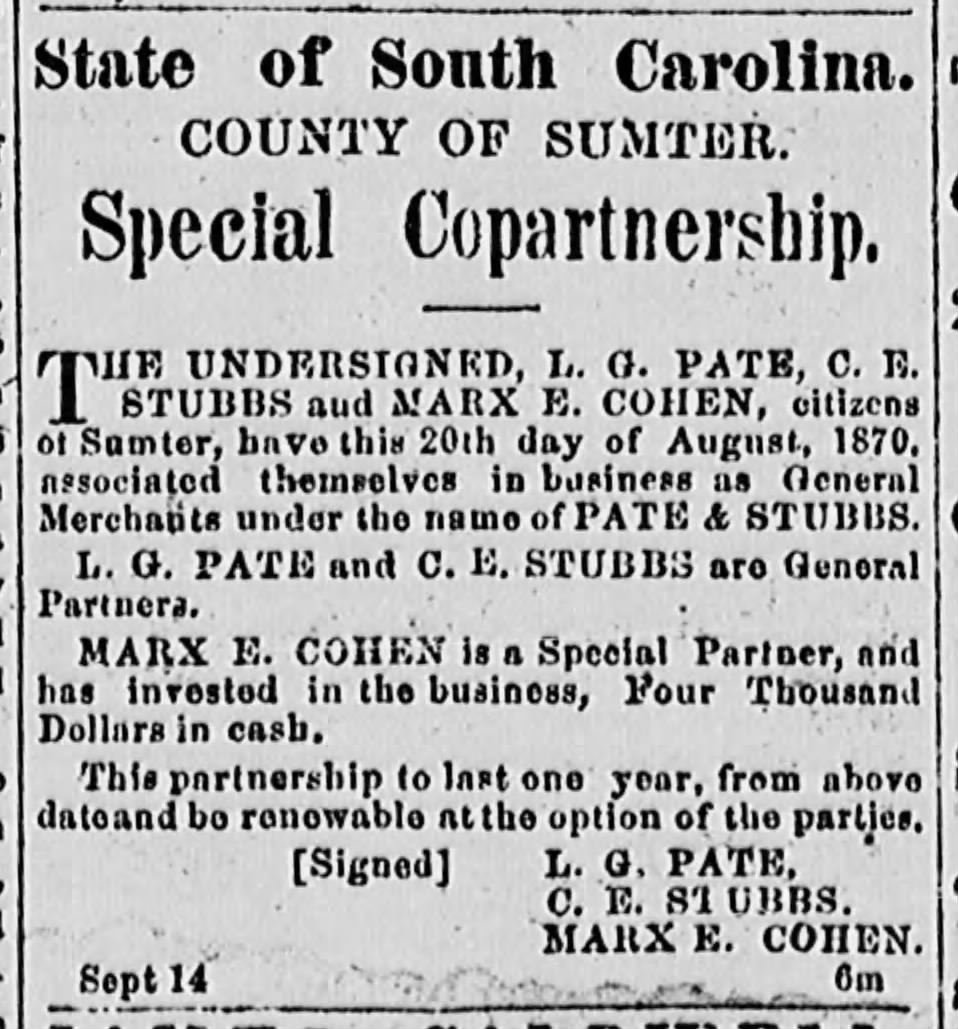 Charleston planter Marx Eugene Cohen (1810-1882), son of Mordecai Cohen (1763-1848) and Leah Lazarus Cohen (1778-1844), owned Clear Spring plantation (also known as Tipse Boo or Typseboo plantation), located on the north side of the Ashley River about three miles north of Ashley Ferry.1 According to the 1860 Census Slave Schedule, Cohen enslaved thirty people at Clear Spring. Incredibly wealthy, Cohen owned real estate worth $25,000 and presided over a personal estate worth $25,000, according to the 1860 Census. After the Civil War, Cohen moved to Sumter, South Carolina, where he lived as a “retired planter,” as noted in the 1870 Census. On September 21 of that year, however, a notice appeared in The Sumter Watchman that announced Cohen’s partnership with Gentiles Campbell Easterling Stubbs (1846-1913) and Levander Garland Pate (1826-1883) to open a general merchandise business under the name Pate & Stubbs (Image 1). According to the 1880 Census, Cohen became employed as a dry goods merchant. A year later, Sumter merchant Alamont Moses published an advertisement in The Watchman and Southron newspaper that stated his stand succeeded that of Marx E. Cohen, indicating that Cohen’s partnership with Pate and Stubbs was short-lived and that he likely opened his own dry goods business.2

Main Image: Notice of partnership between Cohen, Pate, and Stubbs. Reprinted from The Sumter Watchman, September 21, 1870.