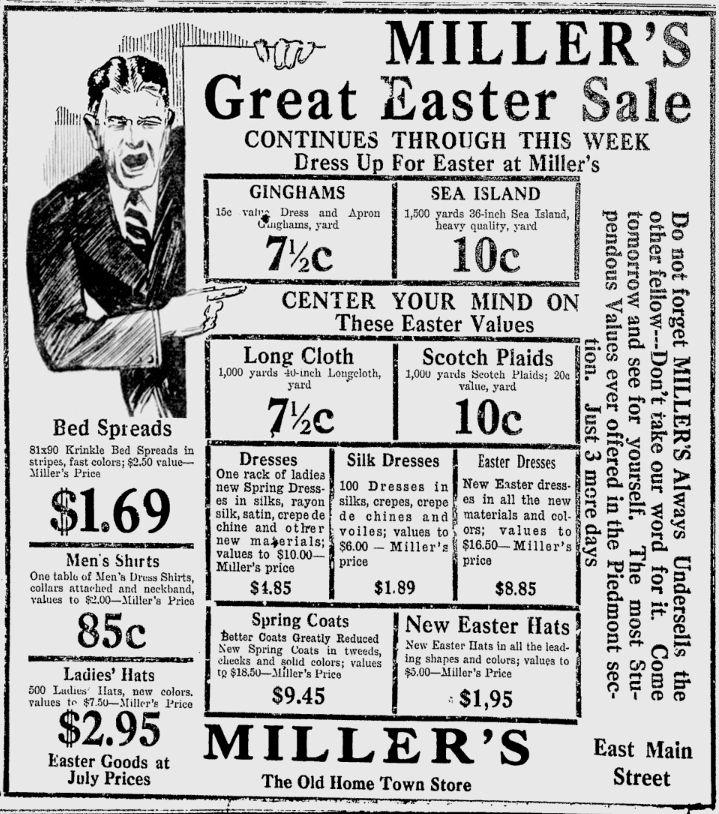 Joseph Miller (1876-1935) immigrated to the United States about 1890 and likely initially settled in New York, where he met his wife, Ida Cohen (1871-1967). Their first son, David Miller, was born in Spartanburg in 1896, although at that time Joseph was still a peddler. He is listed as a salesman working in “installment goods” in Spartanburg until 1908, when he opened Standard Cloak Company. He brought on a partner, Abraham H. Morris (1872-1956), by 1920 and by 1926 opened two stores: The Fashion and Miller’s, a department store. Miller’s operated only briefly; by 1928 Miller was focused solely on The Fashion, a ladies’ ready-to-wear shop. Miller moved to Charlotte, NC in the early 1930s, where he died in 1935.