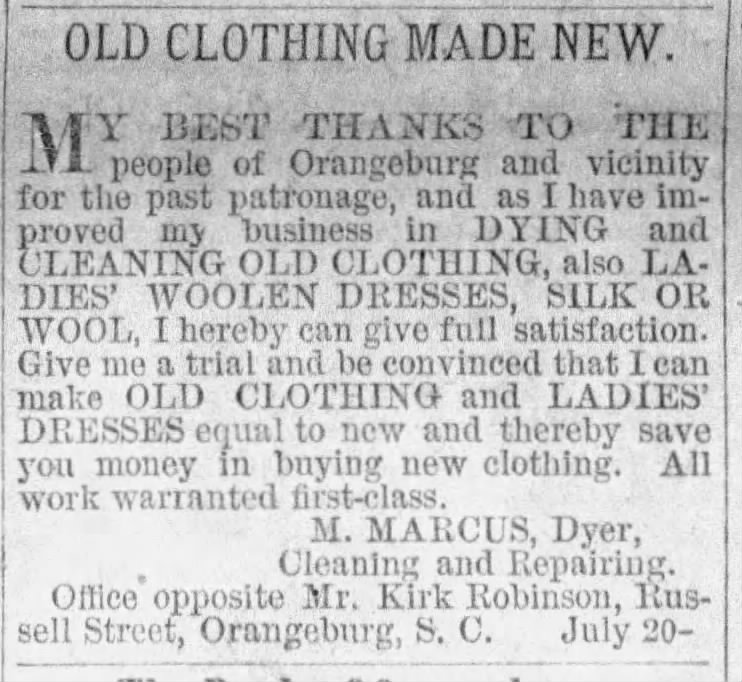 Mitchell “Michael” Marcus (c.1837-1904) was born in Germany around 1837. Around 1866, he immigrated to the United States, and ultimately settled in Orangeburg, South Carolina. After he arrived in the United States, Marcus married Hannah Rich (1843-1934), who immigrated to the United States from Germany in 1857. The 1880 and 1900 Census records list Marcus’s occupation as merchant and trader, respectfully. In addition to his work as a merchant, Marcus operated a laundry and clothes dying business on Orangeburg’s Russell Street in the late 1880s. In 1874, Hannah also worked as a merchant.