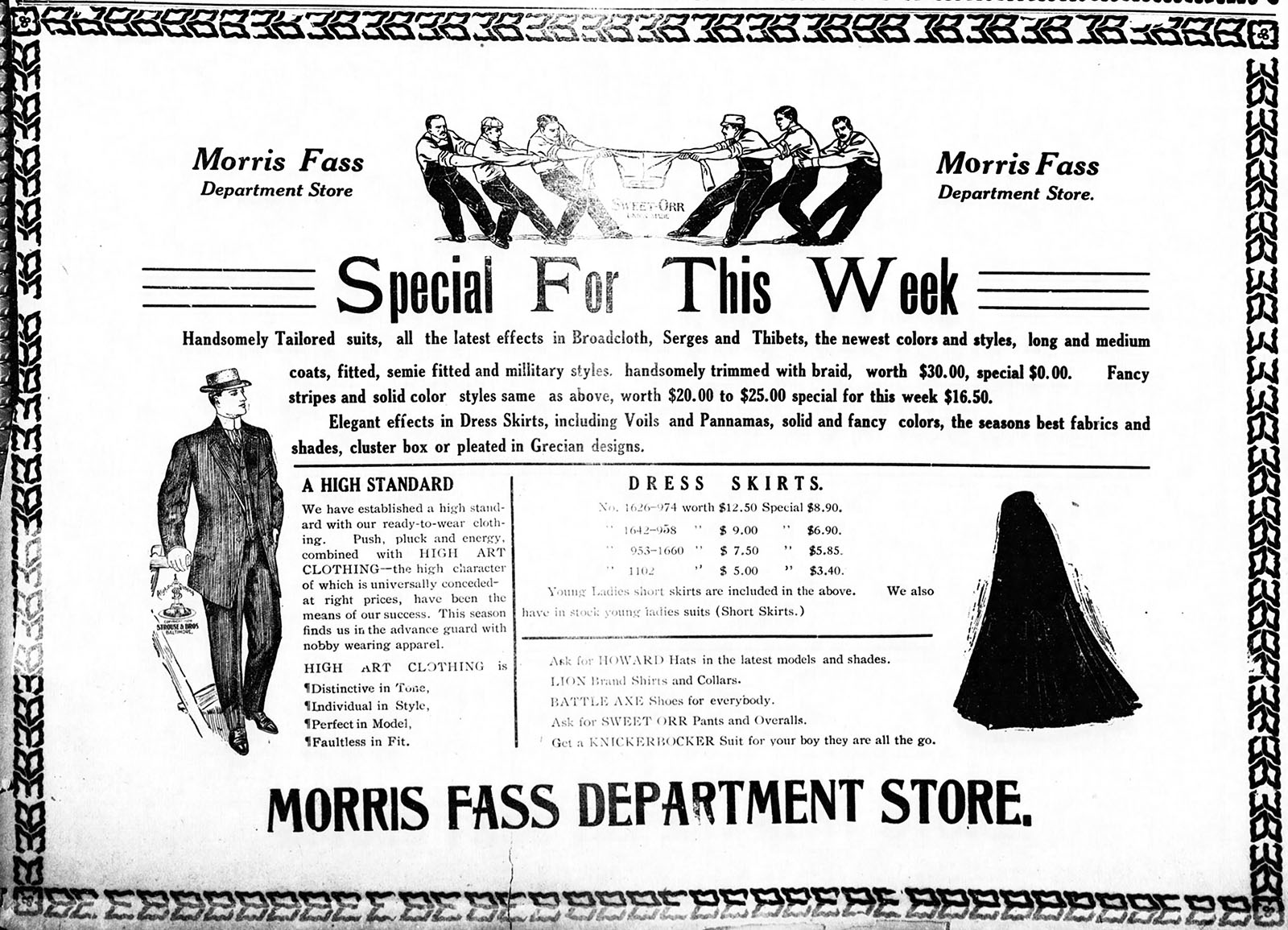 Morris Fass (1871-1935) was born in Gorzice, Austria in 1871. In 1888, he immigrated to the United States, arriving in New York City. By 1892, Morris moved to Charleston, South Carolina, where he boarded and worked as a clerk at King Street clothing store J. W. Banov. By 1893, he moved to Lake City, South Carolina, where he presumably worked as a merchant. The following year, Morris married Austrian immigrant Libby Rosa Nachman (1876-1941). The year of their marriage, the couple moved to Dillon, South Carolina, where they started a dry goods business. By 1900, Morris, Rosa, and their two daughters, Florence and Fanny, were living in New York City, where Morris worked as a wholesale fur and goods merchant. By 1905, however, the Fass family had returned to Dillon. Around the time they returned to Dillon, Morris and Rosa founded Morris Fass Department Store. Selling dry goods, clothing, shoes, and millinery, the store remained in operation until around 1930. During his years in Dillon, Morris served on the Dillon Board of Trade, the Dillon Chamber of Commerce, and as an alderman. He was also an active Freemason and a charter member of the Dillon Rotary Club.