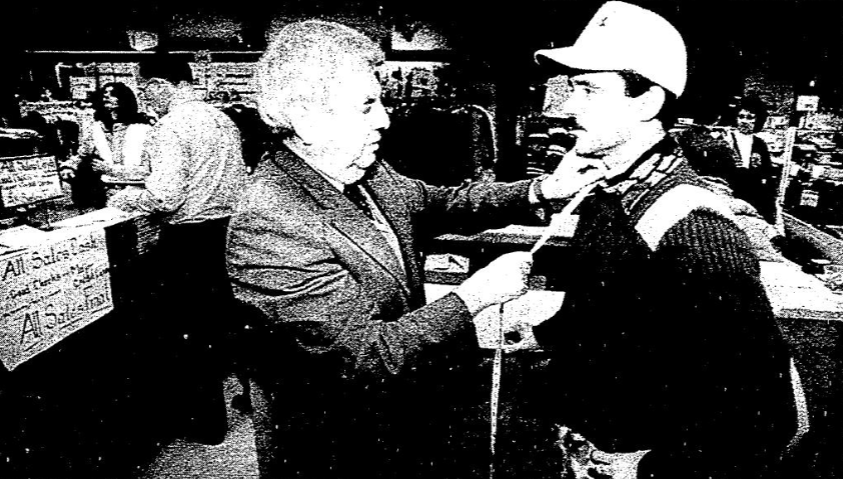 Main Image: Harold Ness (left) measures a man for a tuxedo
Reprinted from The State, December 26, 1989.