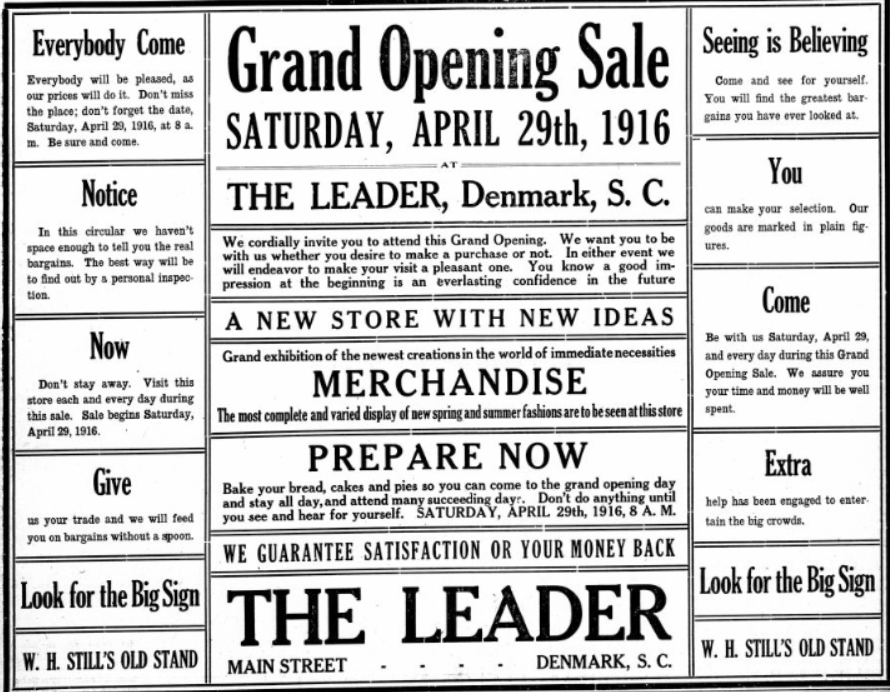 In 1916, Sam Bogen, cousin to Joseph Bogen (1875-1952), opened a dry goods and furniture store called The Leader. Before he opened The Leader, Bogen, who knew very little English, peddled goods from his bicycle basket as he traveled around the countryside of Bamberg County.