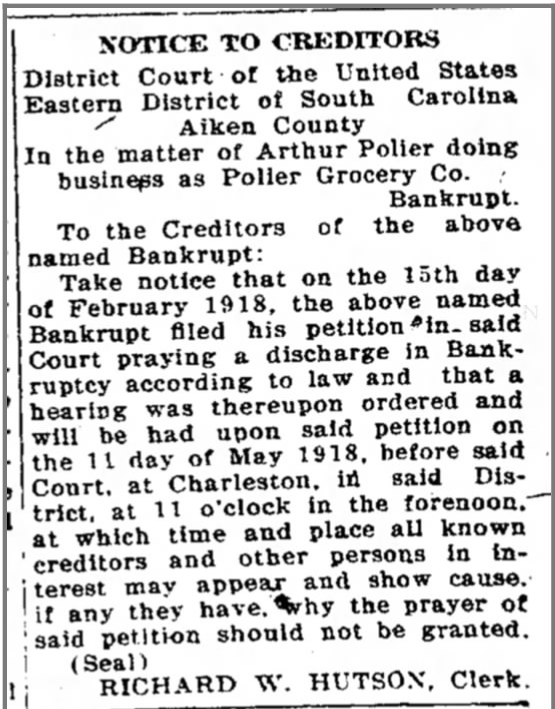 Arthur Polier (1892-1939) was born in Aiken to Russian Jewish immigrants, Morris Samuel “M.S.” Polier (1860-1935) and Augusta Harris Polier (1863-1929). His parents were both involved in successful businesses of their own, with his mother operating a millinery shop and his father operating a dry goods store and a barber shop. Sometime in the 1910s, Arthur Polier opened a grocery store on Laurens Street. By 1918, Arthur Polier, doing business as Polier Grocery Co., filed for a discharge from bankruptcy. The next year, Arthur Polier moved to Augusta and never operated another grocery store in Aiken.