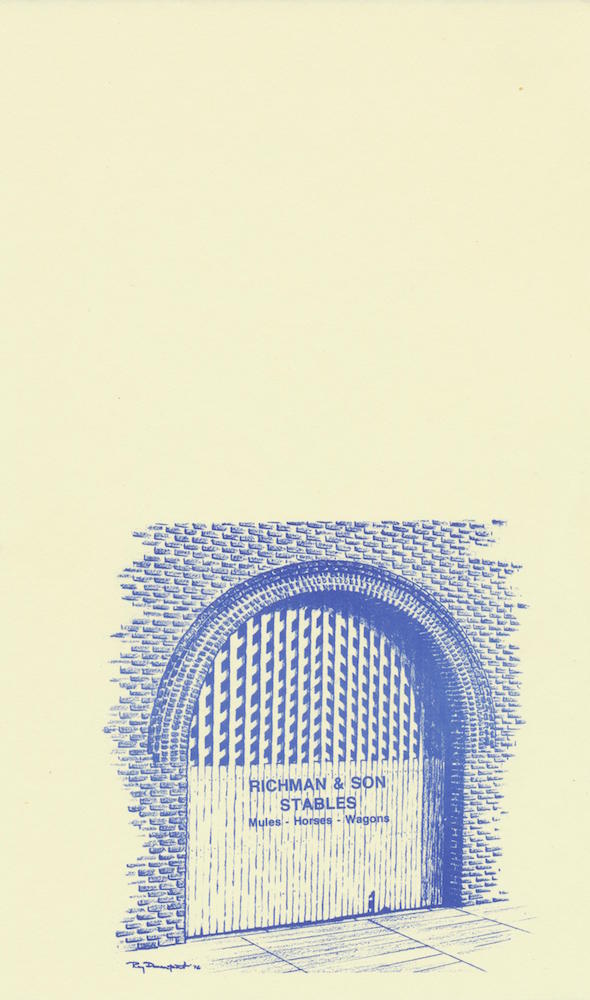 Sam Richman (1895-1970) and his wife, Anna Leff (1898-1962) both immigrants from Wyszkow, Poland, began renting this mule stable in 1929. In addition to livestock, they also operated a mortgage business out of the stable and sold furs. The northern section of the building later became G.G. Richman Liquor Store, which their son, George Richman (1919-1993), took over sometime in the 1940s. The Richmans purchased the structure in 1953. After the stable closed in 1962, the building sat vacant until 1985, when the Land family purchased it and added an interior courtyard during extensive renovations. George later recalled that during the 1930s, the mules shipped from outside South Carolina were led off railroad cars by a grey mare owned by his father, whom the mules “thought was their mother.” Advertisement in The State newspaper placed by Sam Richman, June 14, 1937.