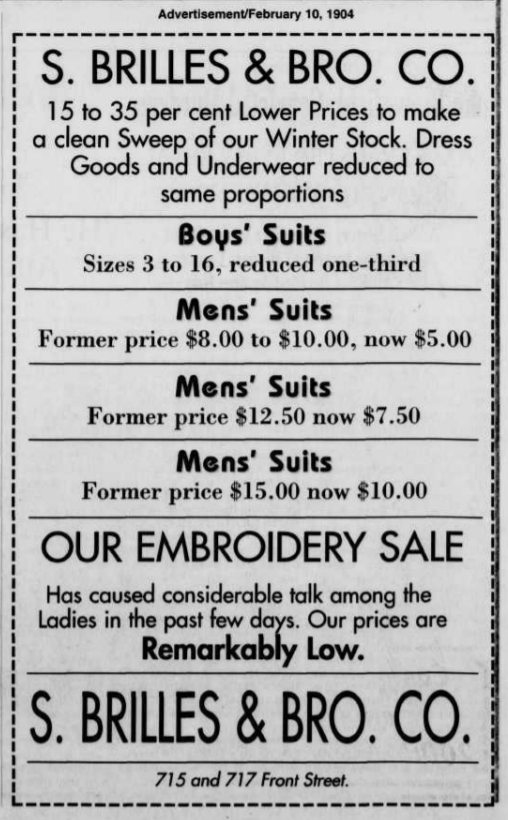 Solomon Brilles (1859-1929) was born in Germany to Jacob Brilles (born 1832) and Pauline Brilles (born 1838). In 1874, he and his family immigrated to the United States, settling in New York City, where his mother worked as a pawn broker and his father worked as a clerk in his wife’s store. Around 1880, Solomon’s sister, Rebecca (1861-1960), moved to Charleston, South Carolina, and married Isaac M. Pearlstine (1844-1911). Sometime before the early 1890s, Solomon moved to Georgetown, South Carolina and established himself as a clothier on Front Street. Solomon’s business, S. Brilles and Brothers Company, sold clothing at 715-717 Front Street until the early 1900s. At that time, Solomon moved to New York and seemed prepared to close the business; however, he returned to Georgetown in 1907 and reorganized with Hyman Pearlstine as president under the shortened named S. Brilles and Co. The business relocated to Charleston by 1910.

Above: Advertisement for S. Brilles and Brothers Company, 1904. Reprinted from the Georgetown Gazette