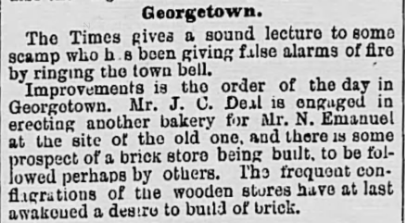 Above: Article describing the planned reconstruction of Nathan Emanuel’s bakery in Georgetown. Reprinted from the Charleston Daily News, February 1, 1869.