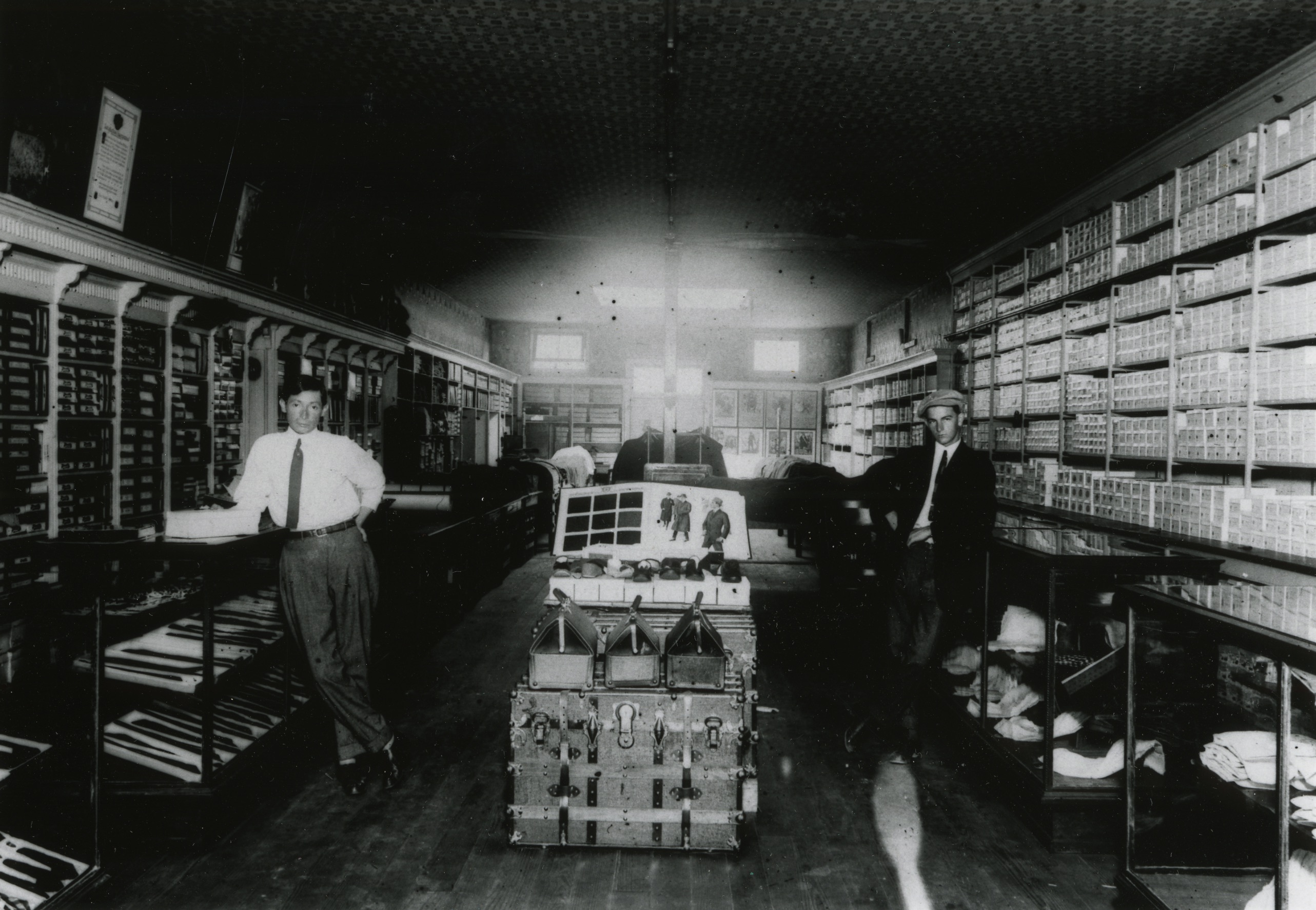 Saul Alexander (1884-1952) immigrated from Ekaterinoslov (present-day Dnipo, Ukraine) to New York in 1903. He worked in a delicatessen for about four years before moving to Summerville, South Carolina, to work as a salesman at Mirmow Dry Goods Store. He initially boarded with proprietor, Solomon J. Mirmow (1876-1924), and his brother, Aaron Mirmow (1883-1940). In 1914, he opened Saul Alexander Dry Goods next door to Barshay’s Department Store in the town square, which Marcus Barshay had purchased from Solomon Mirmow a few years before. In the 1920s and 1930s, both Alexander and Barshay acted as private bankers for Summerville residents, which allowed them to purchase homes. Alexander, referred to as “quiet” and “unassuming” never married but maintained close friendships with storekeepers, including Barshay and Alex Karesh, the owner of Uptown Sample Shoe Store in Charleston. Upon Alexander’s death in 1952, Karesh remarked that, “Saul never talked about himself. He came to my store every Thursday and we talked, usually about ancient Hebrew philosophy and religion.” Alexander, who lived frugally and worked until his death, left an estate of more than $750,000. His will designated that more than $500,000 go towards the creation of the Saul Alexander Foundation, which continues to support Jewish and other charitable causes in Summerville and Charleston. The rest was left to his friends, employees, and organizations that he supported throughout his life. He left the store and a monthly stipend of $250 to Sarah E. Chinners, a 35-year employee.