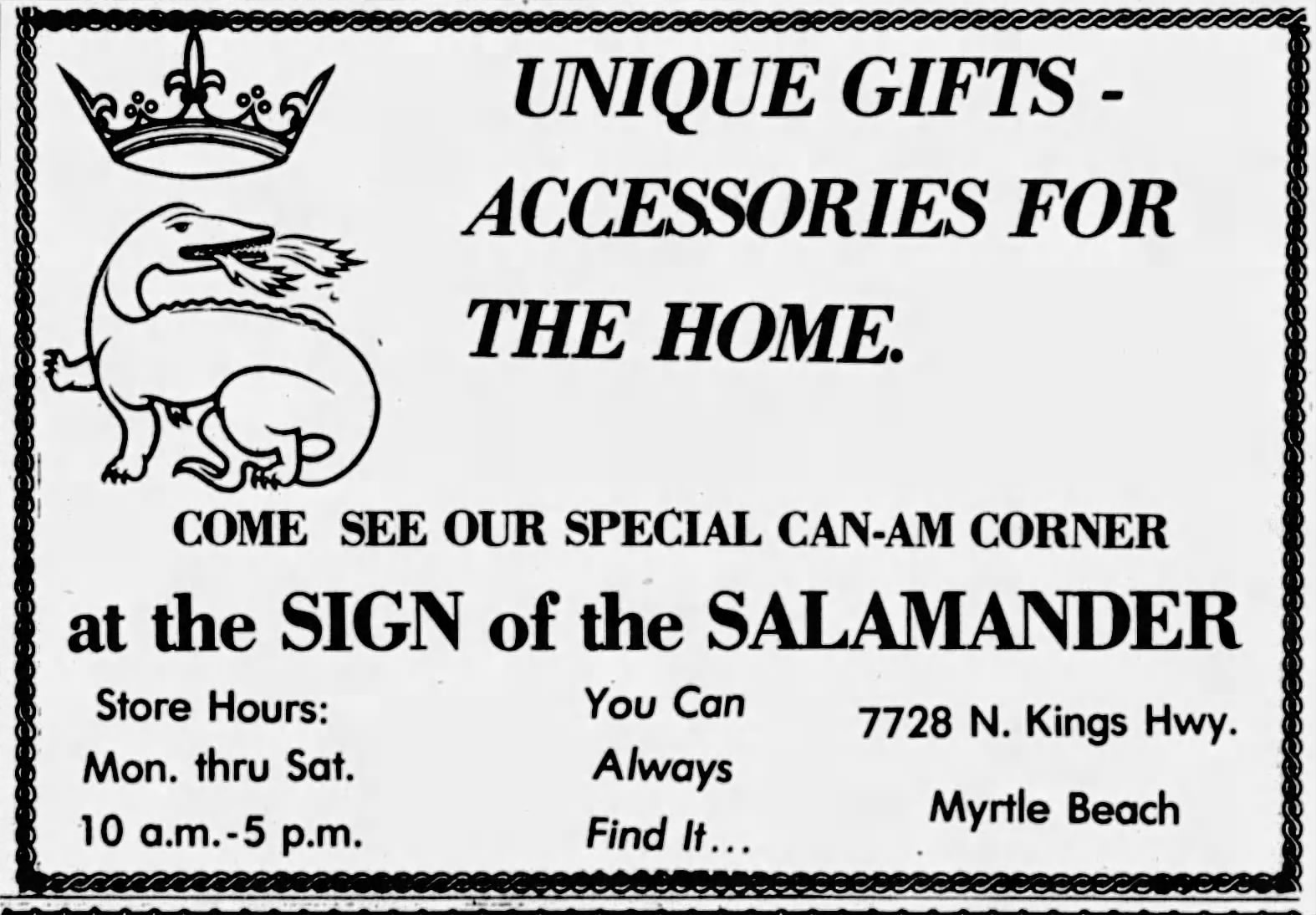 Leona Sobel (1929-2012) and her older sister Ethel Sobel Brody (1923-2014) grew up in New York. Ethel remained in New York until 1946, when she moved to Sumter, South Carolina following her marriage to Reuben Brody (1914-1964). Leona, who attended Skidmore College in upstate New York and later graduated from the Tobé-Coburn School for Fashion Careers in New York City, became a corporate swimwear buyer for Sears. About five years after Reuben Brody’s death, the sisters moved to Myrtle Beach, South Carolina, where they founded gift shop Sign of the Salamander. Around 1980, the sisters sold the shop and moved to Columbia, where they became involved with the Columbia Museum of Art.

Main Image: Sign of the Salamander advertisement. Reprinted from Sun-News, March 26, 1975. The “Can-Am Corner” was an attempt to lure Canadian tourists.