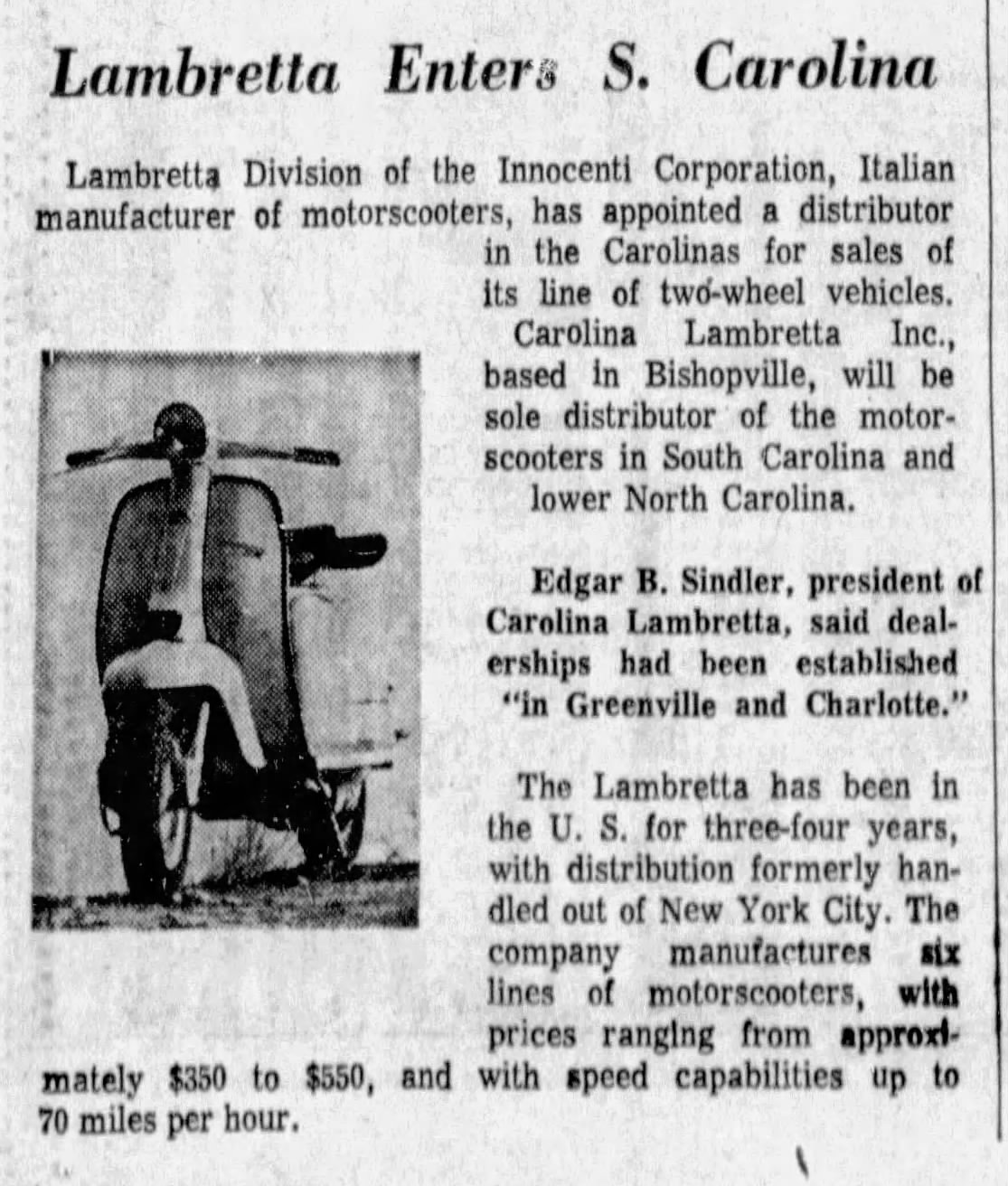 Edgar Brian Sindler (1918-1977) was born in Baltimore, Maryland to Frank Israel Sindler (1888-1959) and Pauline Schwartzman Sindler (1898-1991). After his birth, the Sindler family moved to Bishopville, South Carolina, where Pauline’s aunt and uncle, Louis (1866-1944) and Mary (1872-1957) Schwartzman Slesinger, operated a clothing store. Frank worked in the Slesingers’ store for several years, before he eventually opened a men’s clothing store around 1925. As a young man, Edgar attended The Citadel and was the first World War II volunteer from Lee County. After returning from the War, Edgar worked in his father’s store before becoming president of Carolina Lambretta, Inc., an appointed distributor for sales of Lambretta motorscooters, in 1966. Towards the end of his life, Sindler worked as a sales representative for Jacobs Hoisery Co.

Main Image: Notice of the appointment of Carolina Lambretta, Inc. as the distributor for sales of Lambretta motorscooters in South Carolina and lower North Carolina. Reprinted from The State, October 14, 1966.