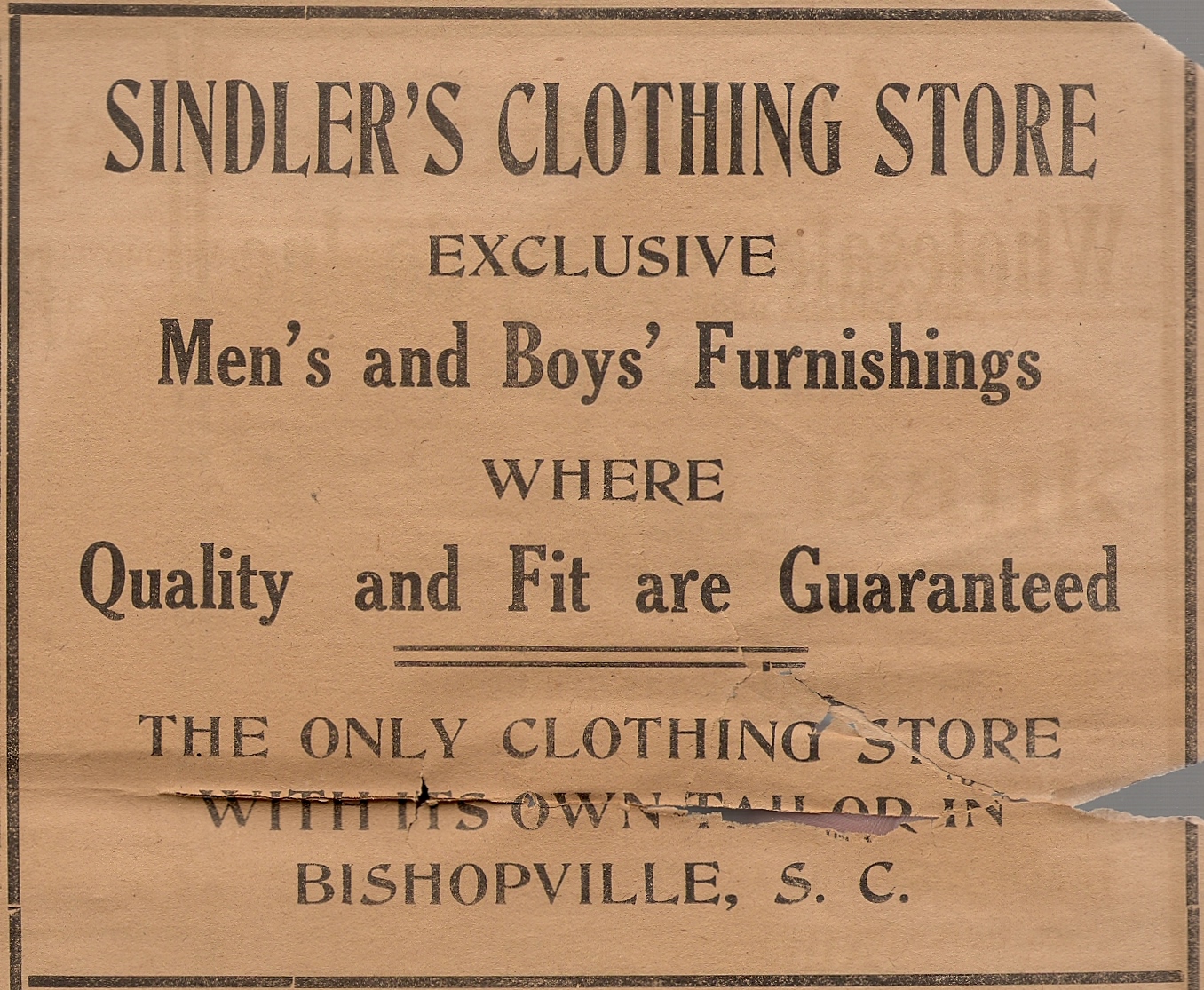 According to his 1922 Declaration of Intention form, Frank Israel Sindler (1888-1959) was born in Russia, subsequently moved to Manchester, England, and then immigrated to the United States in 1907, passing through the port of Philadelphia.1 Frank’s son, Allan Sindler (1925-2010), recounted in an oral history interview that his father was born in the Lithuania-Latvia region, an area formerly controlled by the Russian Empire. After he arrived in the United States, Sindler moved to Baltimore, Maryland, where he met his wife, Pauline Schwartzman (1898-1991). Following the birth of their first child, Edgar Brian Sindler (1918-1977), the Sindlers moved to Bishopville, South Carolina, where Pauline’s aunt and uncle, Louis (1866-1944) and Mary (1872-1957) Schwartzman Slesinger, operated a clothing store. Sindler worked in the Slesingers’ store for several years, before he eventually opened a men’s clothing store in Bishopville. According to Allan, his father’s store was a long rectangular building with “shelves along the walls, and one of these old sliding ladders that ran on a rail, and flat tables out across the center portion, a few glass showcases [sic.]. In the back was a stove and sewing machines. We did the tailoring for the stuff we sold.” Per Allan, as the only men’s clothing store in Bishopville for many years, Sindler’s Clothing Store attracted a diverse group of customers from across Lee County.2