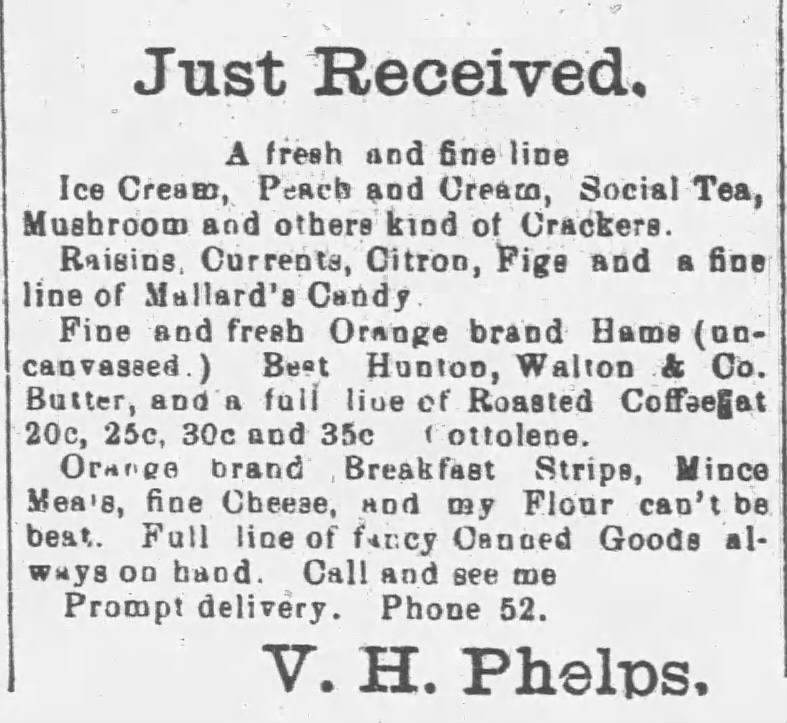 In the fall of 1893, Victor Herman Phelps (1865-1933) and Thomas B. Jenkins, a gentile, opened Jenkins & Phelps, a fruit and vegetable store on the corner of Main and Liberty Streets in Sumter, South Carolina. Although the store closed around the end of the year, Phelps reentered the grocery business prior to 1900. Phelps operated his new store, V. H. Phelps, at 8 North Main Street in Sumter, and later moved it to the corner of Liberty and Sumter Streets in the 1910s. From his new store, which included a delivery service, Phelps sold everything from fresh Norfolk oysters, to baking ingredients, to tea. Phelps operated the store until around 1930, when he retired and moved to Miami.