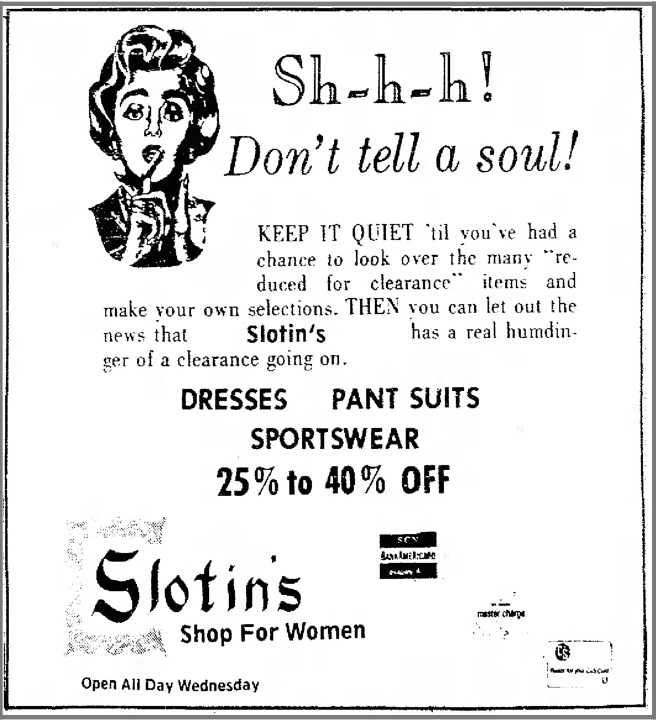 Alvin Slotin was born in Savannah, Georgia to Belarussian and Russian Jewish immigrants. His father, Max Slotin (1892-1963) had immigrated to the United States from Grodno, Belarus when he was a young boy around the turn of the twentieth century. His mother, Eva Cohen Slotin had immigrated to the United States from Russia when she was a young girl around the turn of the twentieth century. The Cohen and Slotin families initially settled in the Bronx but by the late 1910s, the Max and Eva were married and living in Georgia, where they would raise their family. In 1954, Alvin Slotin (1924-2009) opened a women’s clothing store at 831 Laurens Street (present-day 133 Laurens Street SW). Alvin Slotin was named the head of the Aiken Merchants Association in 1959. In 1965, the store moved a short distance across the street to present-day 142 Laurens Street SW, the former location of the Rudnick Furniture Company. Sometime in the early 1980s, Alvin Slotin retired and his store, Slotin’s Shop for Women, closed after serving the Aiken public for about thirty years.