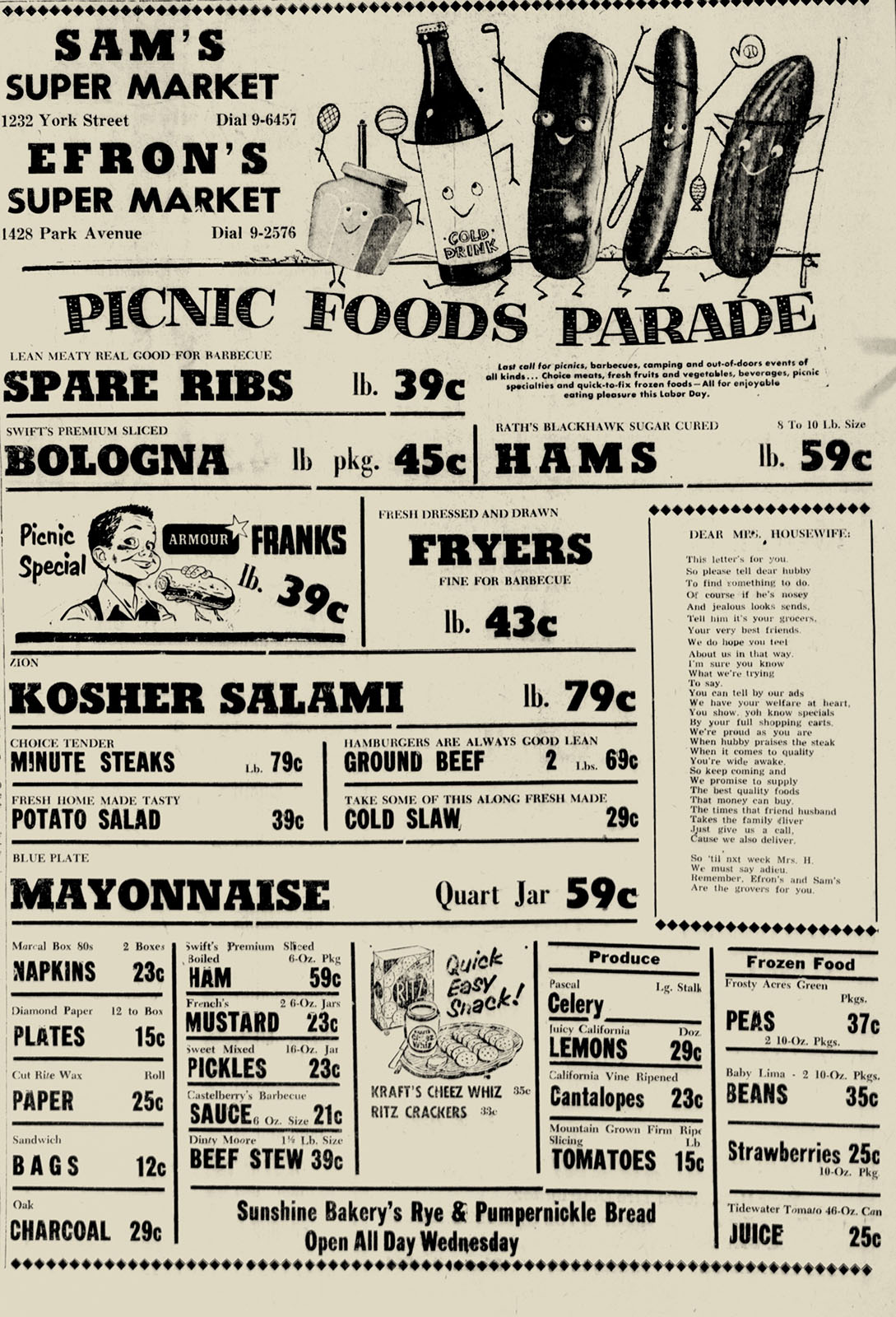 Sam Shanker was born in St. Louis, Missouri to Eastern European Jewish immigrants. His parents Sam Shanker (1880-1958) and Ida Shanker (1888-1975) both immigrated to the United States in 1904 and 1906, respectively. His father, Sam Shanker, had emigrated from Austria-Hungary while his mother, Ida Shanker, had emigrated from Russia. By 1920, the elder Sam Shanker was self-employed in St. Louis as a fruit presser. By 1937, the younger Sam Shanker had moved to Aiken, following Jewish families from the Midwest who desired to establish businesses in the South. That year, Sam Shanker married Minnie Efron Shanker (1916-1982), the daughter of Jacob Efron (1893-1968) and Helen Kabak Efron (1894-1969). His father-in-law owned Efron’s Red and White Super Market, enabling Sam Shanker’s entrepreneurial spirit an advantage. Shortly after the start of World War Two, Sam Shanker started his own grocery store on the Columbia Highway, in the north side of Aiken where he catered to that neighborhood’s African American population. Sam Shanker stayed in business here through 1956, earning enough money to open additional stores.