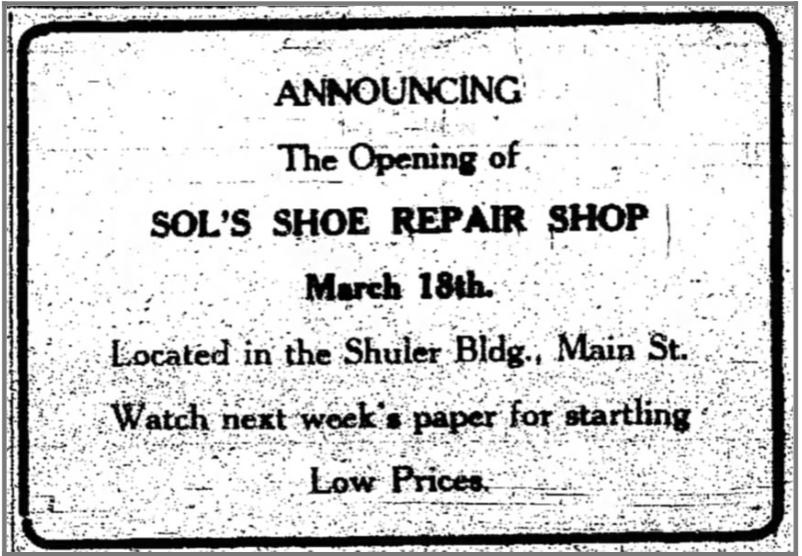 Solomon Harry Passink (1906-1990) was born in New Jersey at the beginning of the twentieth century to Nathan Passink (1874-1965) and Ida Epstein Passink (1882-1920). Both of his parents had immigrated to the United States from Russia around the time of Solomon’s birth. Not long after immigrating, the family settled in Savannah, Georgia where Solomon grew up watching his father repair shoes. By late summer 1929, Solomon had left the Georgia coast to serve in the United States Marine Corps. In the early 1930s, Solomon settled in Aiken. In 1932, Solomon married Lillian Efron (1913-2005) in the first wedding to be solemnized at Aiken’s synagogue, Adath Yeshurun. By early April 1933 he had opened his business, Sol’s Shoe Repair Shop in Aiken’s Shuler Building (present-day 101 Laurens Street NW), opposite the Holley Motor Company on Main Street. Around the end of the summer of 1940, Solomon was working out of Charlotte, North Carolina as the district manager of shoe repairs for Efird’s Department stores. After 1944, advertisements in the Aiken Standard noted Sol’s Shoe Repair Shop was under the ownership of Peter Steatis.