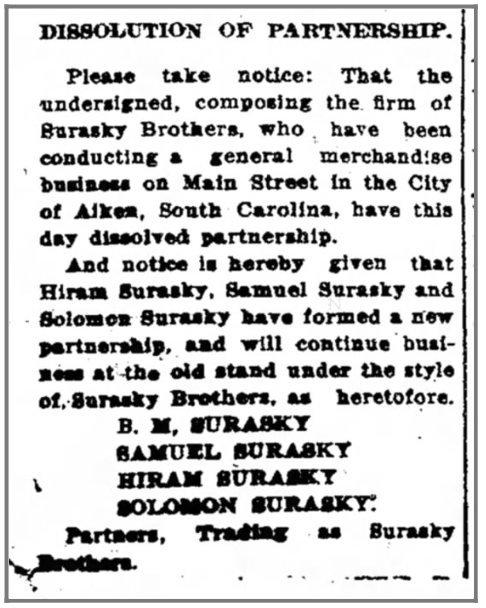 Around 1886, Benedict Morris “B.M.” Surasky  (1862-1934) and his wife Sarah Anna Polier Surasky (1864-1959) immigrated to the United States from Knyszyn, Poland. Until the beginning of the twentieth century, B.M. Surasky and his younger brothers made a living as a rural peddler, venturing from country town to the next with general wares. Around 1904, B.M. Surasky opened a business in Aiken called the Surasky Department Store. During its time of operation, between 1904 and 1917, B.M. Surasky was the nominal owner of the business but received assistance from his brothers. His siblings also partnered with him in the eponymous Surasky Brothers Department Store next door at 118 Laurens Street. In 1917, the brothers dissolved their partnerships, with each venturing into separate businesses.