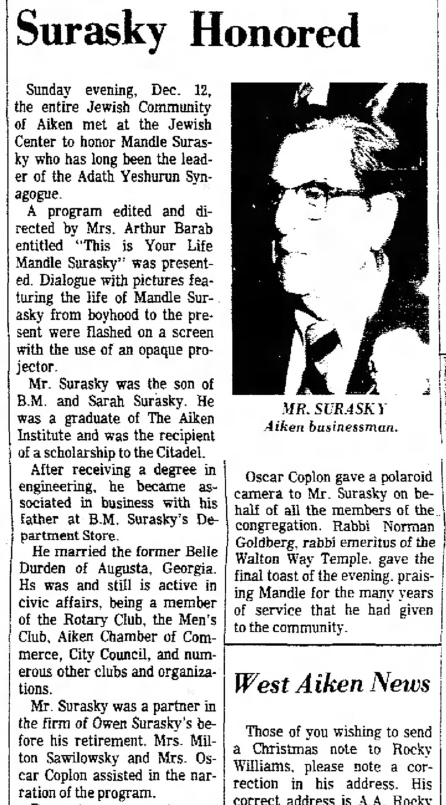 In 1900, Solomon Surasky (1876-1941) and Sarah Ann Rudnick Surasky (1878-1952) immigrated to the United States from Russian-occupied Poland. During the first decade of the twentieth century, the couple settled in South Carolina where they began to start a family. Solomon Surasky and Sarah Ann Rudnick Surasky had at least two children: Harry Surasky (1909-1972) and Benjamin Surasky (1911-1976). In late August 1945, the brothers applied received a license to establish a liquor store at 1914 Park Avenue in Aiken (present-day 230 Park Avenue SW). By 1970, Harry Surasky, under the name Palmetto Package Stores, was solo-operating three locations: 230 Park Avenue SW, 1036 Richland Avenue W, and 1527 Whiskey Road. When he passed away in 1972, the local community remembered Harry Surasky for operating his business for more than 25 years.