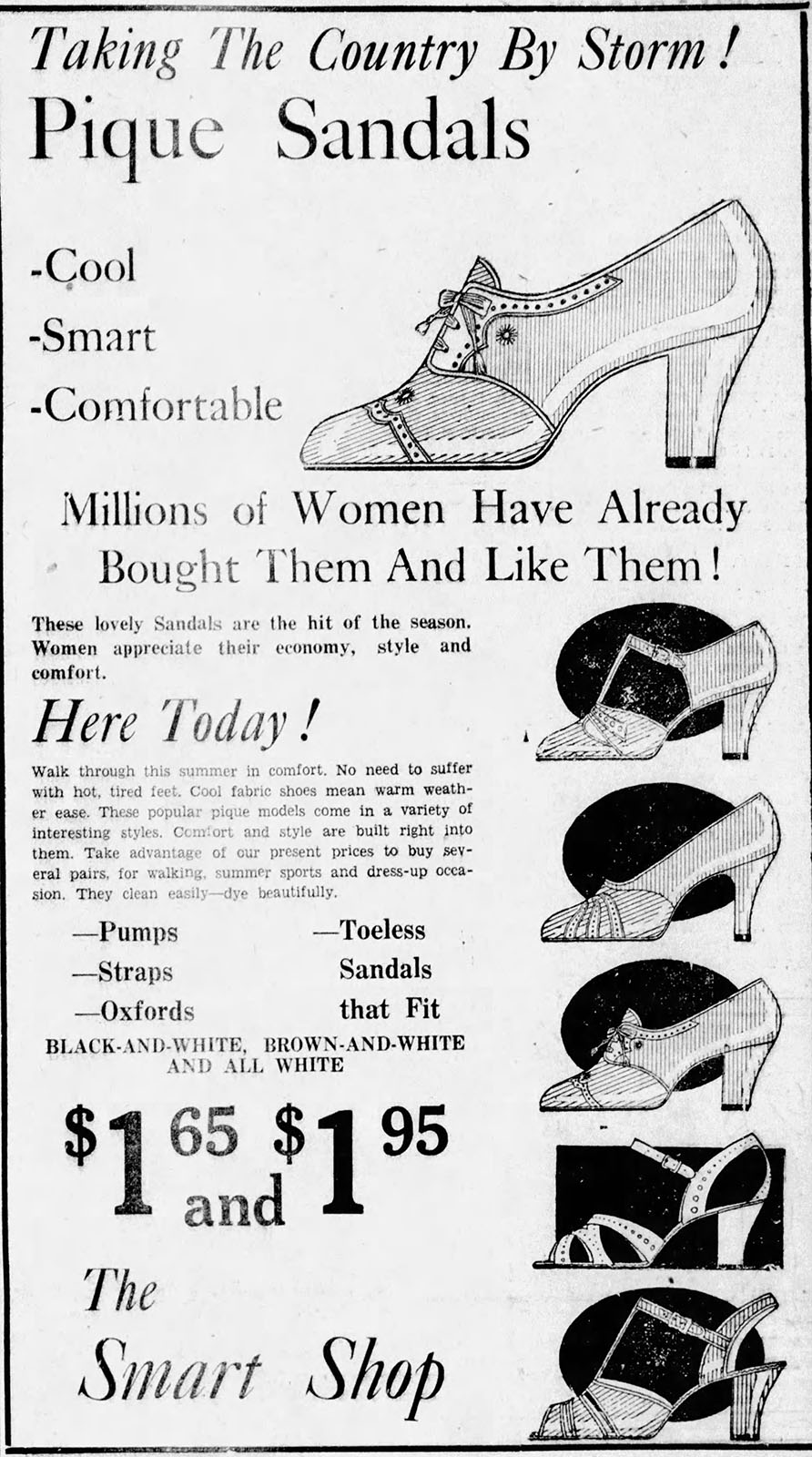 In 1934, Benjamin Kurtz (1908-1980) and his wife, Margaret Bogen Kurtz (1909-1981), opened a women’s clothing and shoe store in downtown Rock Hill called The Smart Shop. Located at 148 Main Street, The Smart Shop also sold purses, accessories, hats, and lingerie. Capitalizing on the success of their downtown store, Benjamin and Margaret opened a branch store in Rock Hill Mall in 1963. Eleven years later, their daughter, Judy Kurtz Goldman, took over operation of the mall location and renamed it Judy’s Smart Shop. Judy’s Smart Shop closed its doors in 1992. Besides becoming one of the most successful retail clothing stores in Rock Hill, The Smart Shop was a progressive establishment, employing one of the first Black saleswomen in Rock Hill, a woman by the name of Thelma, and catering to the fashions of working, professional women. The Smart Shop’s downtown location closed at the end of 1970.

Main Image: The Smart Shop advertisement. Reprinted from The Herald (Rock Hill), May 10, 1934.