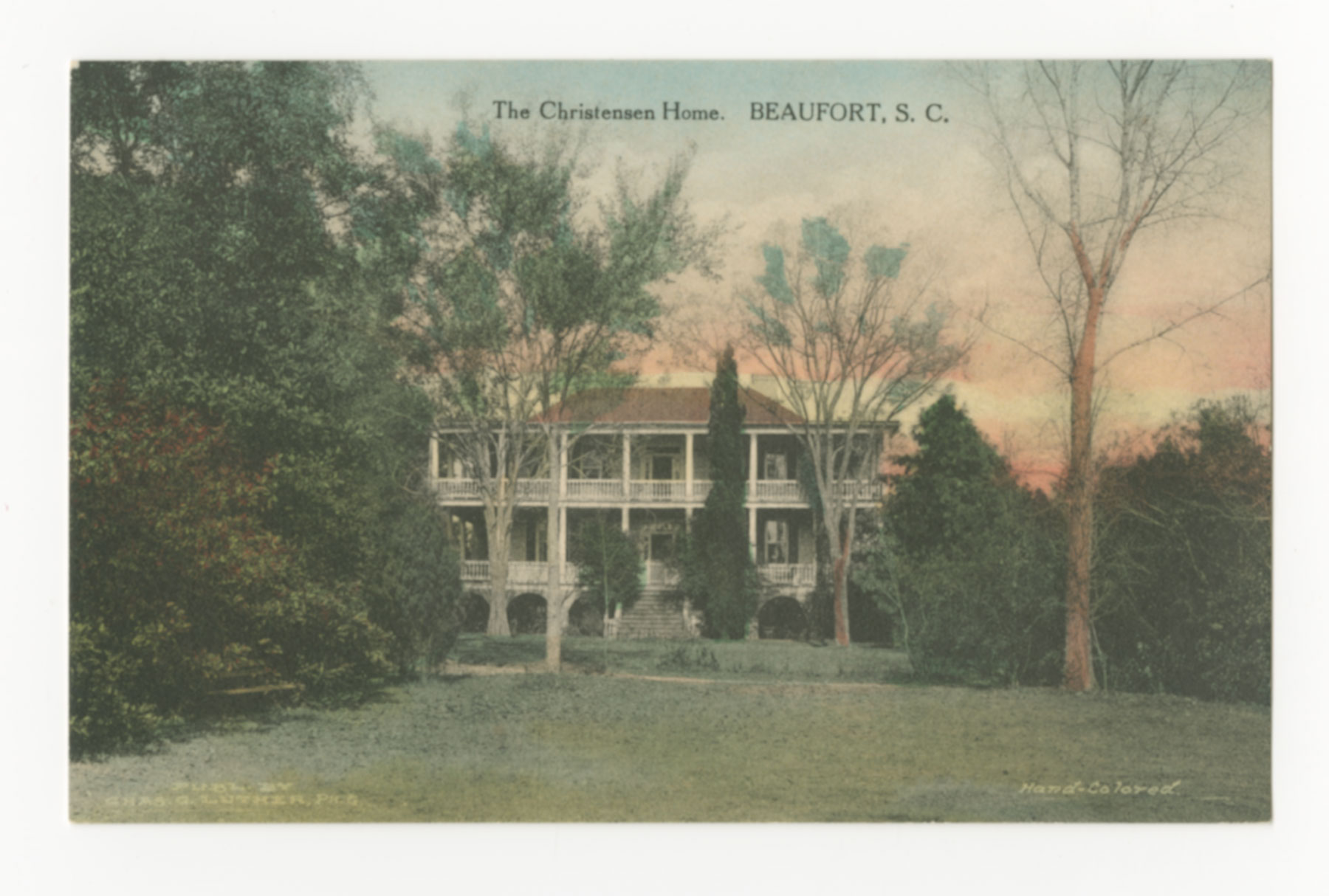 Julius Young (1879-1950) and his wife, Toby Rosenblatt Young (1886-1953), immigrated to the United States from Russia in 1904. The couple lived in various northern cities, and Julius worked many jobs, including as a piano maker. The couple migrated to Beaufort around 1915, where they initially made a living by collecting and selling junk. Eventually, the Youngs opened dry goods store, which they lived above. The store did well, the Youngs had several children, and they moved to the Christensen home, which they rented for many years. The Young family eventually opened furniture stores in Beaufort and a lumber mill in Burton.