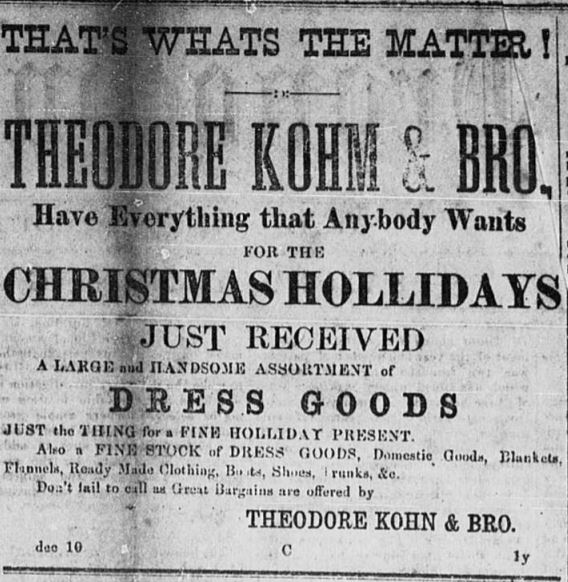 Theodore Kohn (1840-1902) immigrated to the United States from Bavaria in 1850 with his parents, Philip David Kohn (1806-1876) and Dina Lichtenstein Kohn (1819-1868). That year, the Kohns settled in Orangeburg, where Mrs. Kohn’s brother, Deopold Louis (1816-1885) resided. By 1860, Theodore Kohn was living with his uncle and working in his general store, D. Louis. At the start of the Civil War, Kohn enlisted in the Confederacy’s Edisto Rifles and remained in service through the end of the war. After the war, Kohn returned to Orangeburg and opened general store Ezekiel & Kohn with British immigrant Emanuel Ezekiel (c.1830-1877) on the corner of Market and Russell Streets. After Ezekiel & Kohn closed in 1868, Kohn sold farm products, tobacco, and pipes until he started mercantile business Theodore Kohn and Brother in 1870 with his brother, Henry (1850-1926). The brothers worked together until 1876.