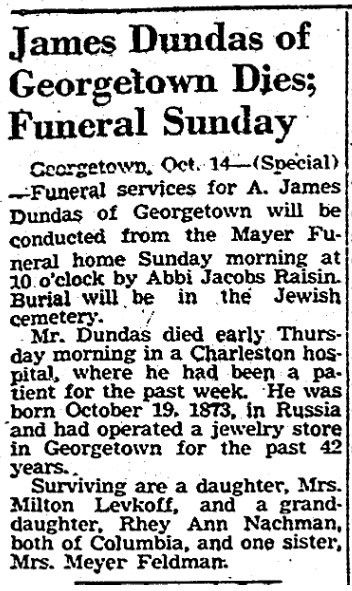 Abraham James “A.J.” Dundas (1873-1943), a native of Russia, immigrated to the United States in 1892. By 1900, he had settled in Georgetown, South Carolina, where he was the proprietor of a jewelry and watchmaking store on Front Street. He operated the business until his passing in 1943.