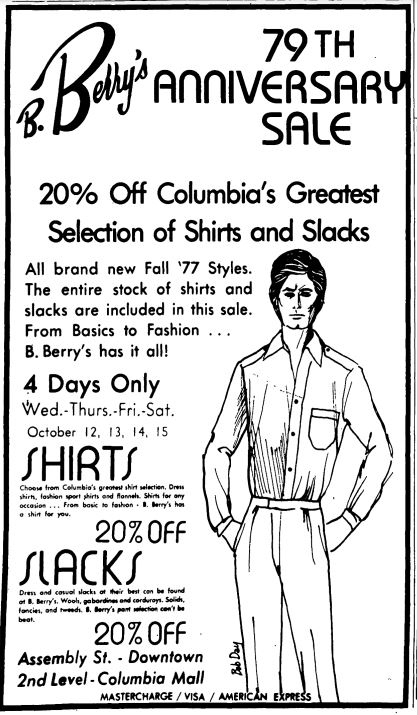 In late 1976, B. Berry’s owners Marvin Berry (1933-1978) and Brian Berry, grandsons of B. Berry’s founder Barnett Berry (1876-1943), announced plans to open a satellite location of the family business on the second level of Columbia Mall, which remained under construction at the time. The store, which sold contemporary men’s clothing, opened on August 10, 1977, and remained in operation until 1989.