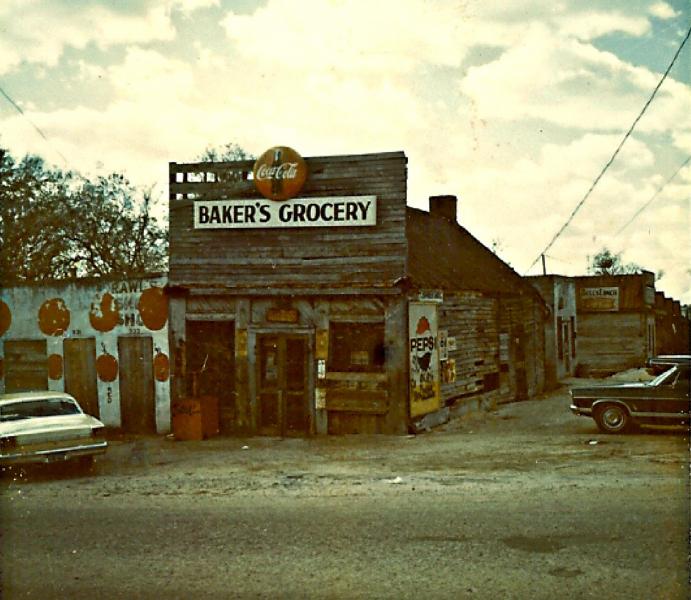 In 1926, Ukrainian immigrant Clara Kligerman Baker (1892-1969) opened a small grocery store in a section of the city’s Ward One neighborhood, which was densely populated with African American laborers living in shotgun-style houses. Her entrepreneurial husband, Frank (1884-1941), invented a speaker system of wires and metal plates that provided music and radio broadcasts within a four-block radius for residents who paid 25 cents per week for his unique invention. Daughter Toby recalled the store as a ‘marvelous hodgepodge- a meat market, pharmacy, grocery store, mercantile establishment and unofficial community center.’ In 1967, Clara sold her store and contents to Oscar Shealy, an African American employee of 20 years, who then continued to operate the neighborhood landmark as Baker’s Grocery until it was demolished by 1970 due to urban renewal.