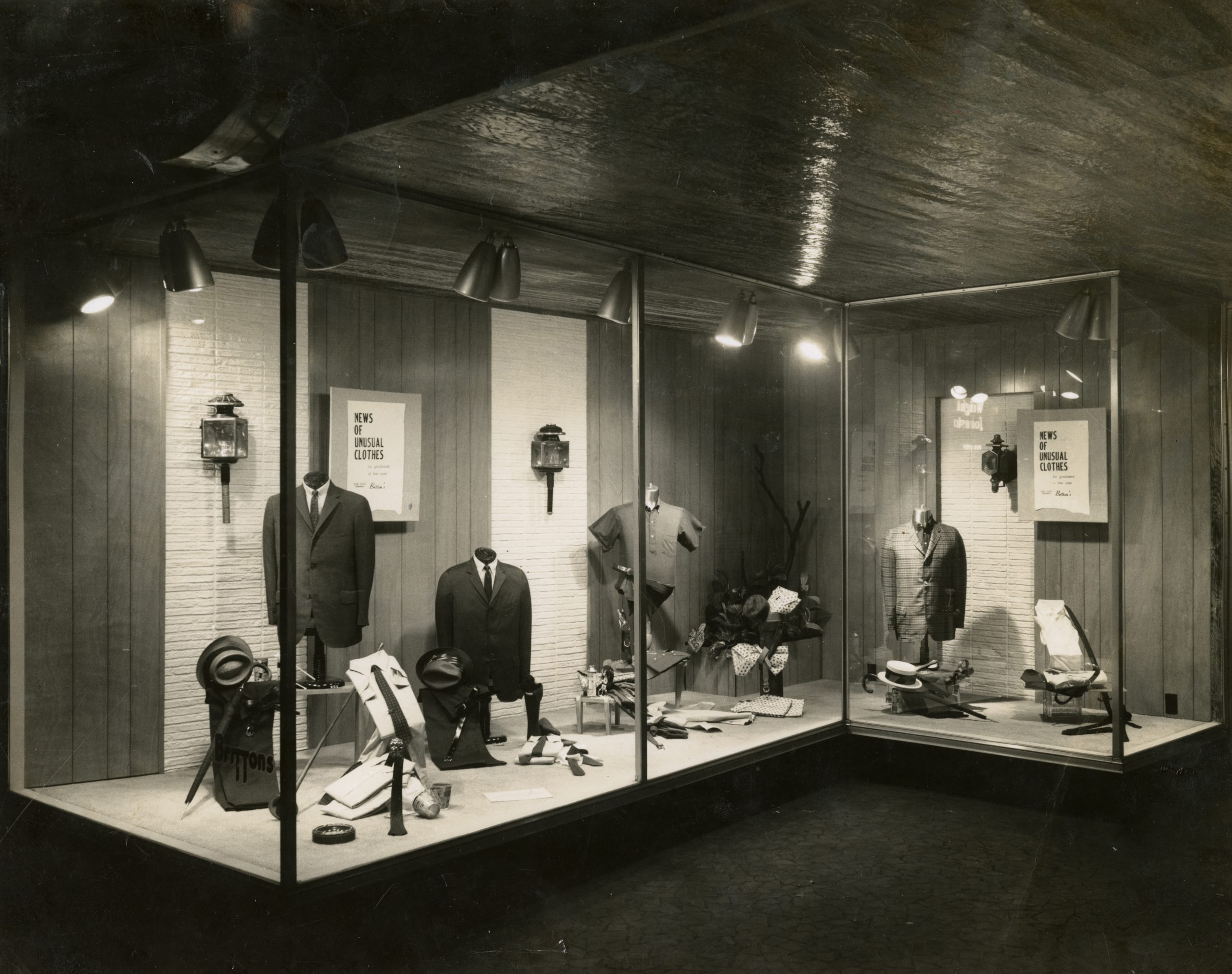 The heyday of Columbia’s Jewish merchants came in the mid-20th century, with expansion into the suburbs and the development of shopping malls. Arnold Levinson (1927-2014), who learned the clothing business from working in The Leader, his parents’ dry goods store in Barnwell, opened his own store, Britton’s, at 1337 Main Street in 1955. With a Tudor Revival façade of faux half-timbering and stucco, the building stood out from its neighbors. Part of Brittons’ success, remarked Arnold’s wife, Faye (1927-2015), stemmed from Arnold’s “love of fabric.” Thanks to this passion for fashion and his willingness to take risks, Arnold successfully expanded his establishment to include four locations: Dutch Square, Richland Mall, Columbia Mall and Main Street. Today, Arnold’s daughter, Stacy, operates Brittons at 2818 Devine Street, “where first impressions are lasting impressions.”