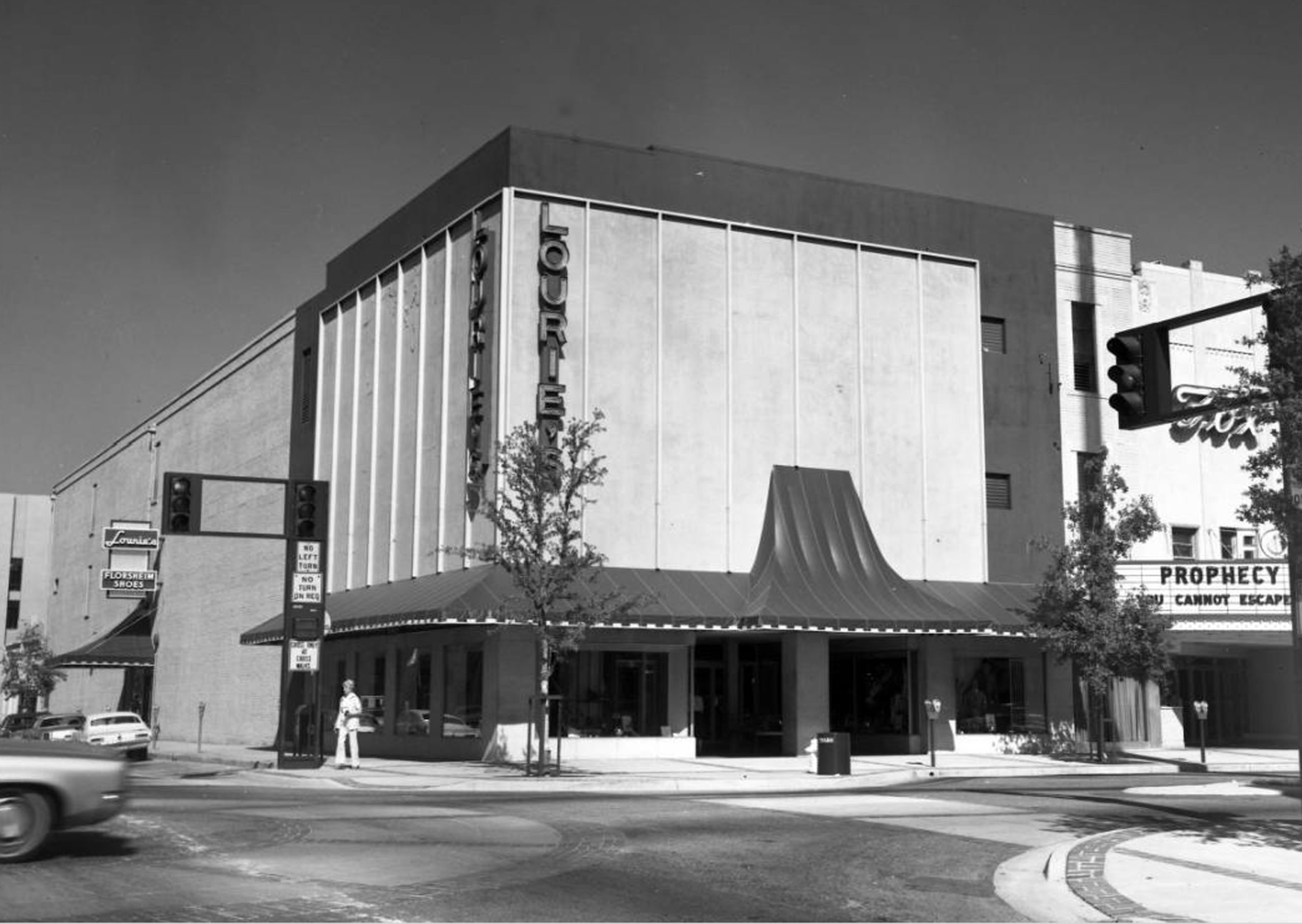 L. Lourie Department Store was founded by immigrant Louis Lourie (1885-1948) about 1914 as a junior department store in St. George, South Carolina. In 1921, he married Annie Friedman (1901-1990), who had immigrated from Poland to Charleston in 1919.  Together they opened stores across South Carolina. In 1948, their sons, Sol and Mick, established Lourie’s Department Store in Columbia at 1431 Main Street after graduating from the University of South Carolina. Like most Jewish merchants, Lourie’s had a better relationship with Black customers than other white-owned department store. In 1949, Lourie’s was the only store willing to rent tuxedos to 50 male Allen University students serving as ushers during a performance of famed black soprano Marian Anderson at the Township Auditorium. One year later, the store moved to 1437 Main Street.

Lourie’s Department Store expanded in 1960 with the purchase and dramatic modernization of 1601 Main Street, which entailed enclosing windows, covering the brick exterior, and installing a large company sign on two elevations. The expansion to the 1600 block of Main Street allowed for the addition of a women’s department, alteration shop, and fur salon. Lourie’s opened additional stores in Dutch Square, Columbia Mall, Trenholm Plaza, and Columbiana Mall between 1970 and 1990 that were managed by the third generation of the Lourie family. The flagship store at 1601 Main Street closed in 2009.