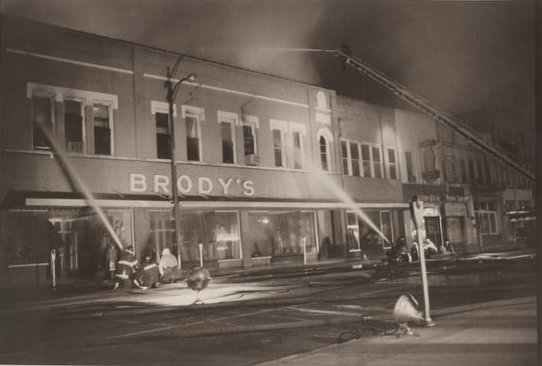 Founded in 1917 by Hyman Brody (1876-1946) at 8 West Liberty Street as a shoe store called H. Brody, the store later became Brody’s Department Store in the 1920s. Hyman, a shoemaker by trade, was born in Kletzk, Russia and immigrated in 1906. His wife, Bessie Lambert (1882-1967) immigrated in 1913. Together they had 10 children. By 1929 Brody’s expanded to include 10 and 12 West Liberty Street. In 1934, he opened an additional store, the Capitol Department Store, on North Main Street, although it later moved to South Main Street. In 1938, the business was reorganized and incorporated as Brody Brothers Dry Goods Company with Hyman’s sons, Leo, Abram, Jake, and Reuben Brody as officers. Hyman Brody soon retired due to health issues.