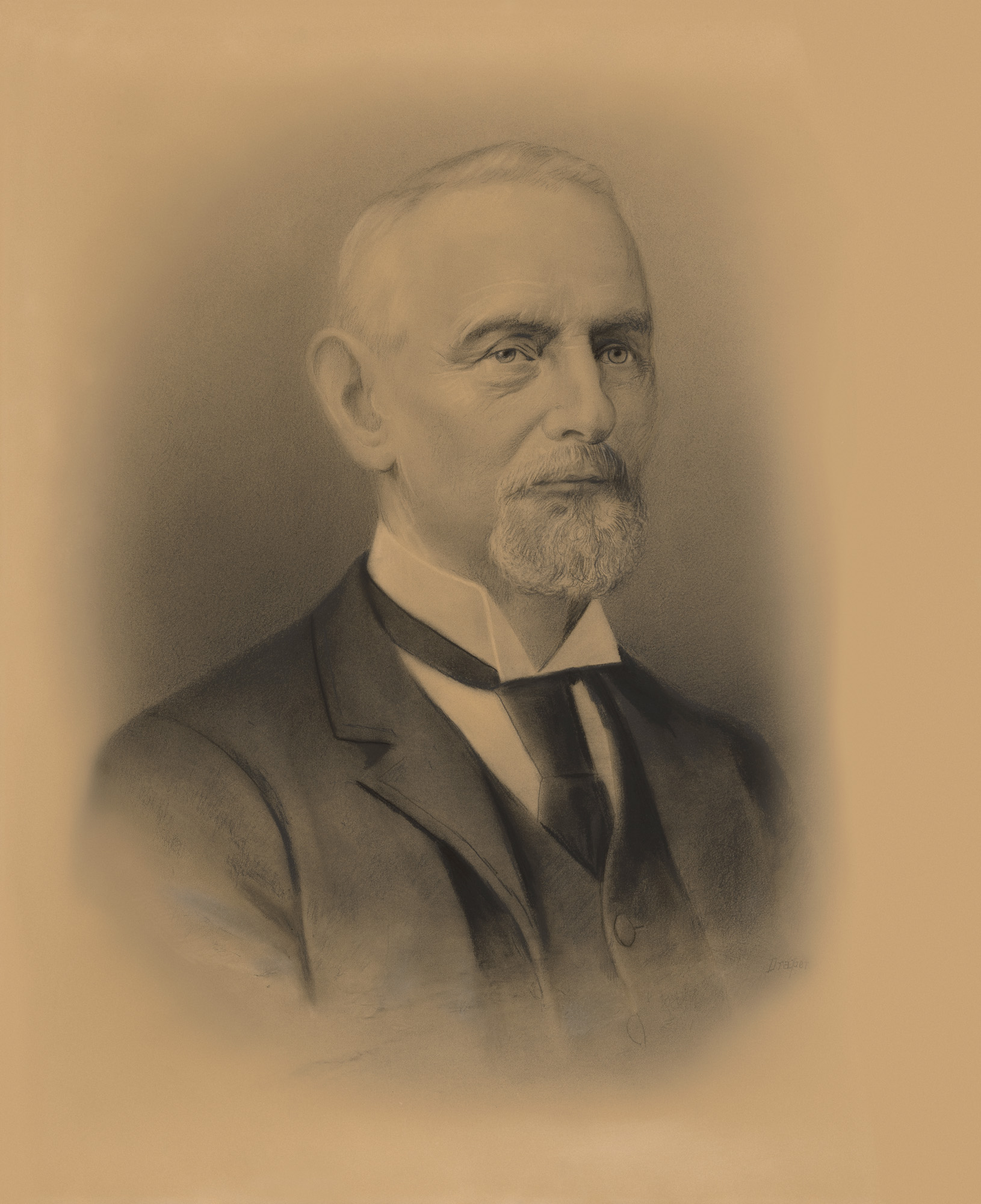 Moses Levi (1827-1899), one of the first residents of Manning, established a large wooden store at this site in 1856. Born August 11, 1827 in Bosenback, Germany, he immigrated to the United States in 1848, married fellow German, Hannah Jacobs (1830-1905), and initially settled in Sumter. Levi advertised a variety of goods in the Clarendon Banner on September 11, 1860, including: “silks, calicoes, ginghams, linen, hoop skirts, winter shawls, alpacas, blankets, cravats, hats, caps, boots and shoes, ready-made clothing, groceries, pens, tobacco, snuff, dishes, needles, knives, candies, and patent medicines.” Although Levi lost about $40,000 of real estate during Potter’s Raid in April 1865, the store survived and remained open. Levi had a two-story structure built sometime in the 1870s or 1880s that was destroyed by fire; the current building dates to 1894. Although Levi sold his furniture stock to O.C. Sires and M.C. Chandler in 1890, he continued to operate a retail store until his death in 1899.