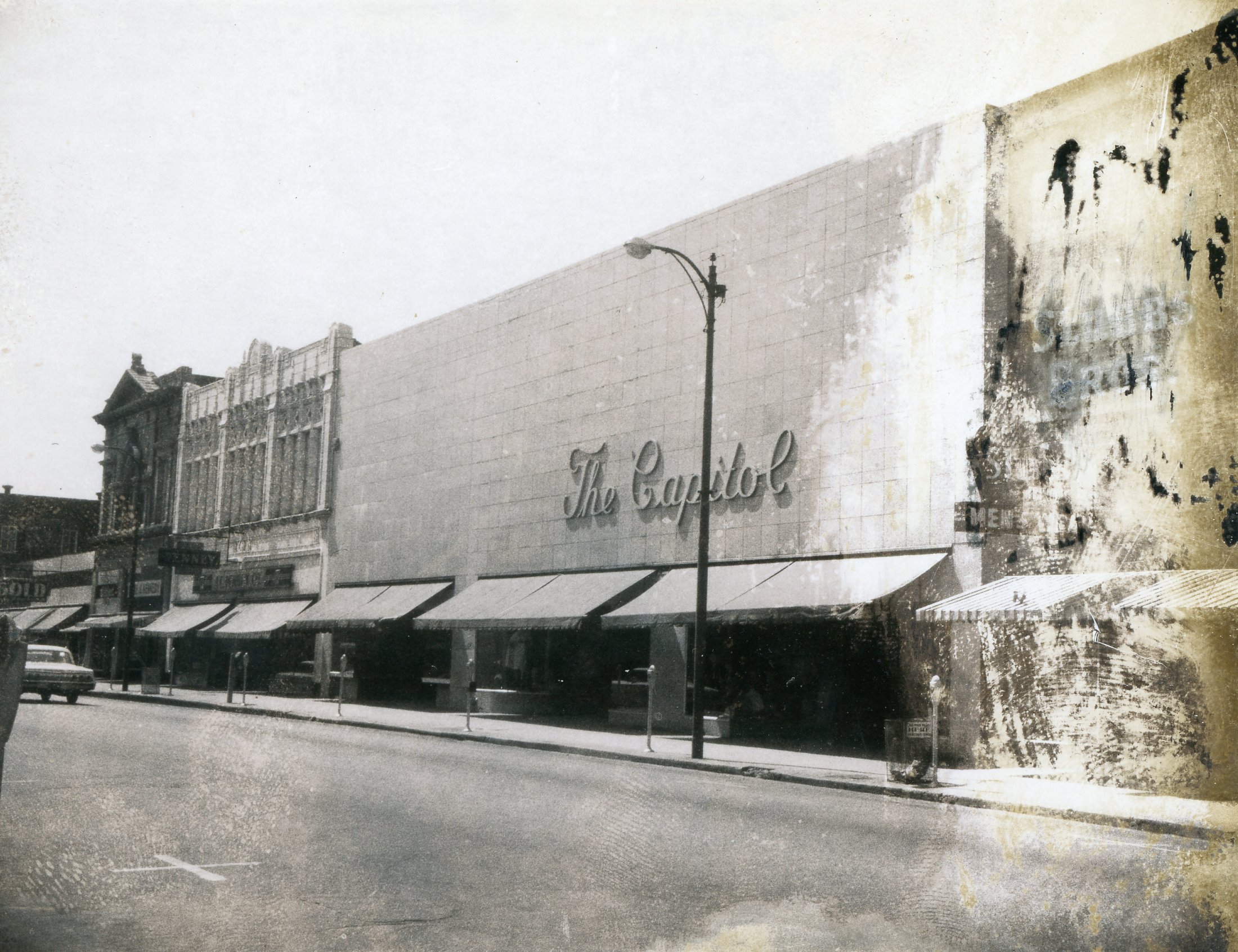 Several members of the Brody family opened the Capitol Department Store at 37-39 North Main Street in 1934. It moved to 12-14 South Main Street in 1937. By joining the Independent Retail Buying Syndicate in 1946, the store was able to offer nationally known brands usually offered at much larger department stores at reasonable prices. The Brodys continued to remodel and later expanded to 16 South Main Street. The family sold the store to Chicago-based retailer Alden’s in 1964, although Abram Brody continued to operate a shoe store within the chain for many years after.