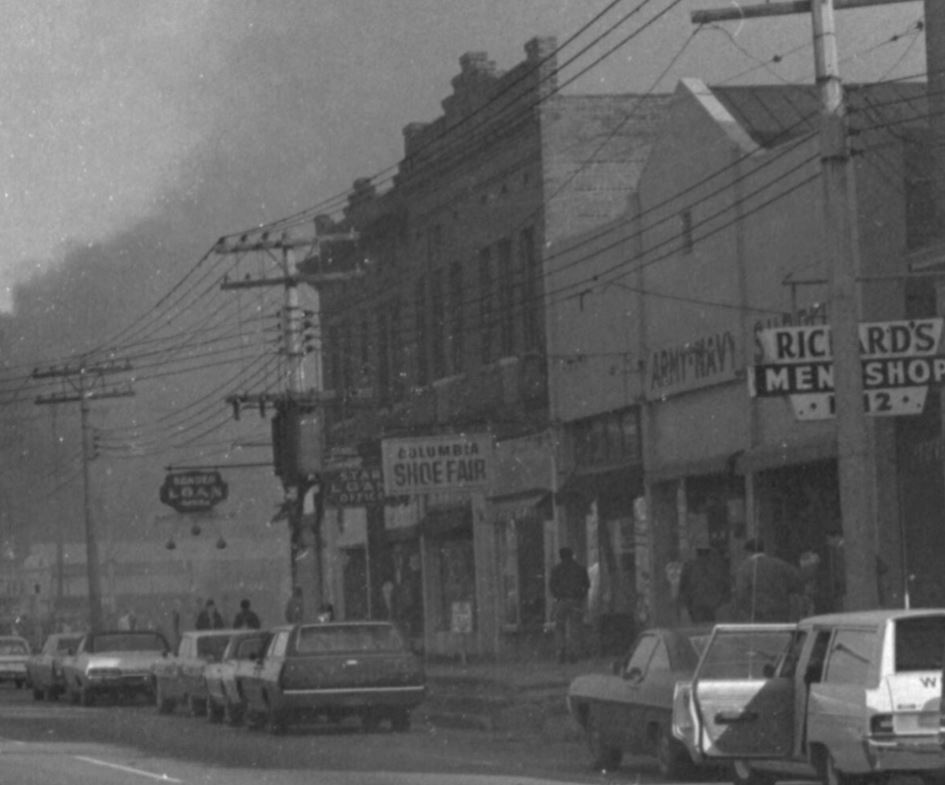 Around 1951, Robert N. Love (1922-1974) opened shoe store Columbia Shoe Fair at 1324 Assembly Street in Columbia. Born in Philadelphia, Love was the son of Russian immigrants Leon W. Love and Anna Myerson Love. His father worked as shoe salesman in Philadelphia for close to four decades and his mother worked at a department store there. After Love died unexpectantly in 1974, Tobie Drucker (born 1942) bought Columbia Shoe Fair from his estate. Drucker, whose father, Morris Drucker (1904-1922), owned a dry goods store in Denmark, South Carolina, operated Columbia Shoe Fair until the end of 1977. That year, in part due to the poor economic conditions created by the 1973-1975 recession, Drucker liquidated his inventory and sold the business to Gentiles Harold (1918-1983) and Dorothy Fairchild (1923-2008). After her husband’s death in 1983, Mrs. Fairchild closed the store. Per Drucker, most of the store’s clients were African American. In 1971, Columbia Shoe Fair relocated to 1320 Assembly Street. Above: Reprinted from The Columbia Record, November 8, 1974. Above: Reprinted from The Columbia Record, September 19, 1974.