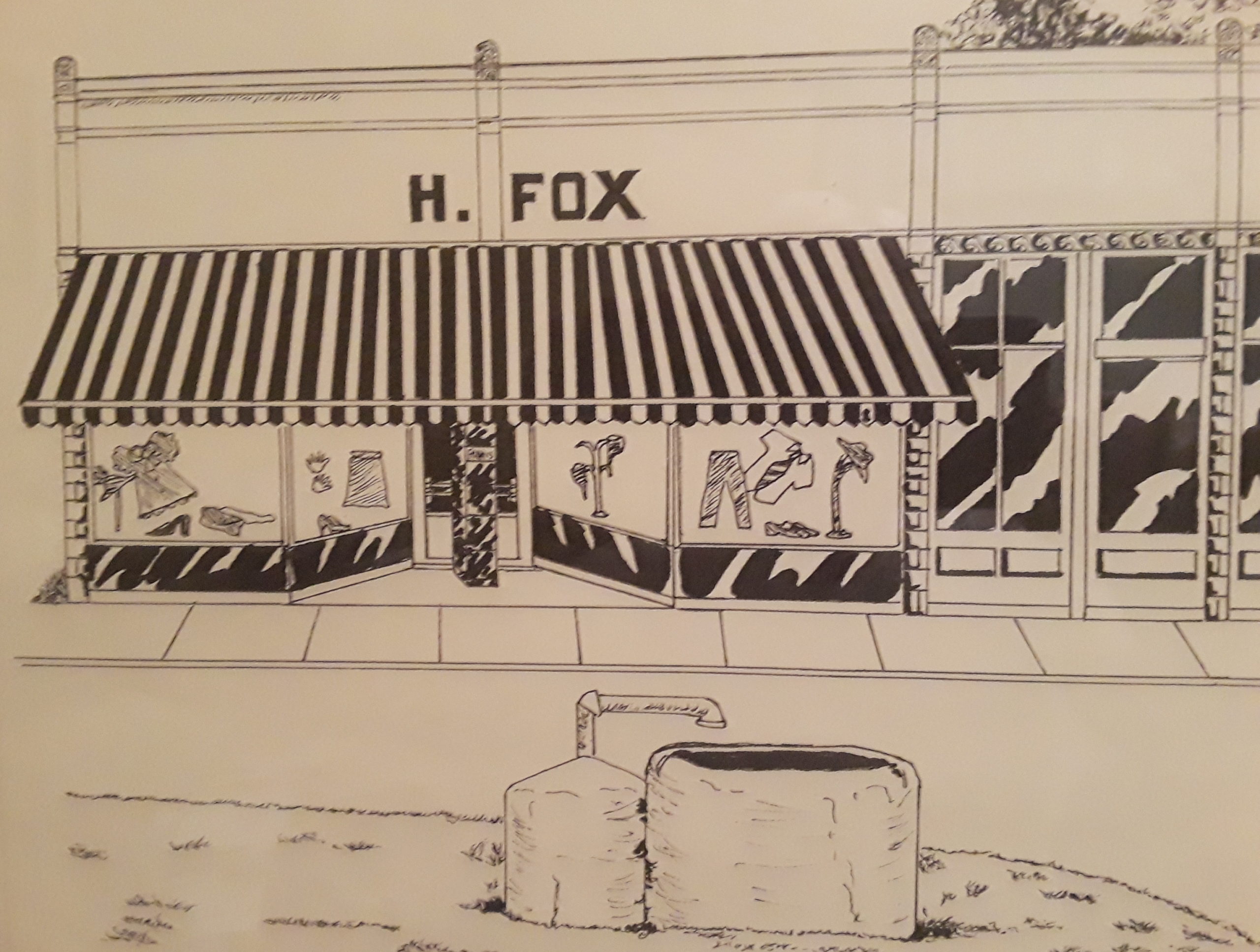 Herman Fox (1893-1983), a native of Lithuania, immigrated to New Jersey in 1908 where he lived with an aunt and uncle and delivered groceries using a horse and wagon. After fighting overseas during World War I, he secured a position as a clerk in Reubin Gordin’s store in Summerton. Gordin and his wife, Sarah Litman Gordin, invited Fox to take his meals at their house, and they arranged for him to meet Sarah’s sister, Fannie Litman (1895-1950), a native of Bober, Russia. They married in 1920 and had two daughters, Frances (1922-1991) and Marie (1922-2014). In 1924, Gordin helped Fox secure his own store in Greeleyville (Gordin had previously operated a store in that town and several others). According to census records, the Foxes both worked at the store, which sold men’s, ladies’, and children’s wear, and in later years custom drapes. In 1946, Marie married Leonard Grossman, a native of Cleveland, Ohio. The store remained a fixture in Greeleyville for over sixty years. After Herman Fox’s death in 1983, Leonard Grossman assumed management. When Leonard died the following year, Marie and a clerk, Barbara Hardin, assumed management for a few more months before closing the store in 1985. Herman Fox poses in his store for an advertisement that appeared in the 1965 Greeleyvile High School yearbook. Image courtesy David Fox Grossman