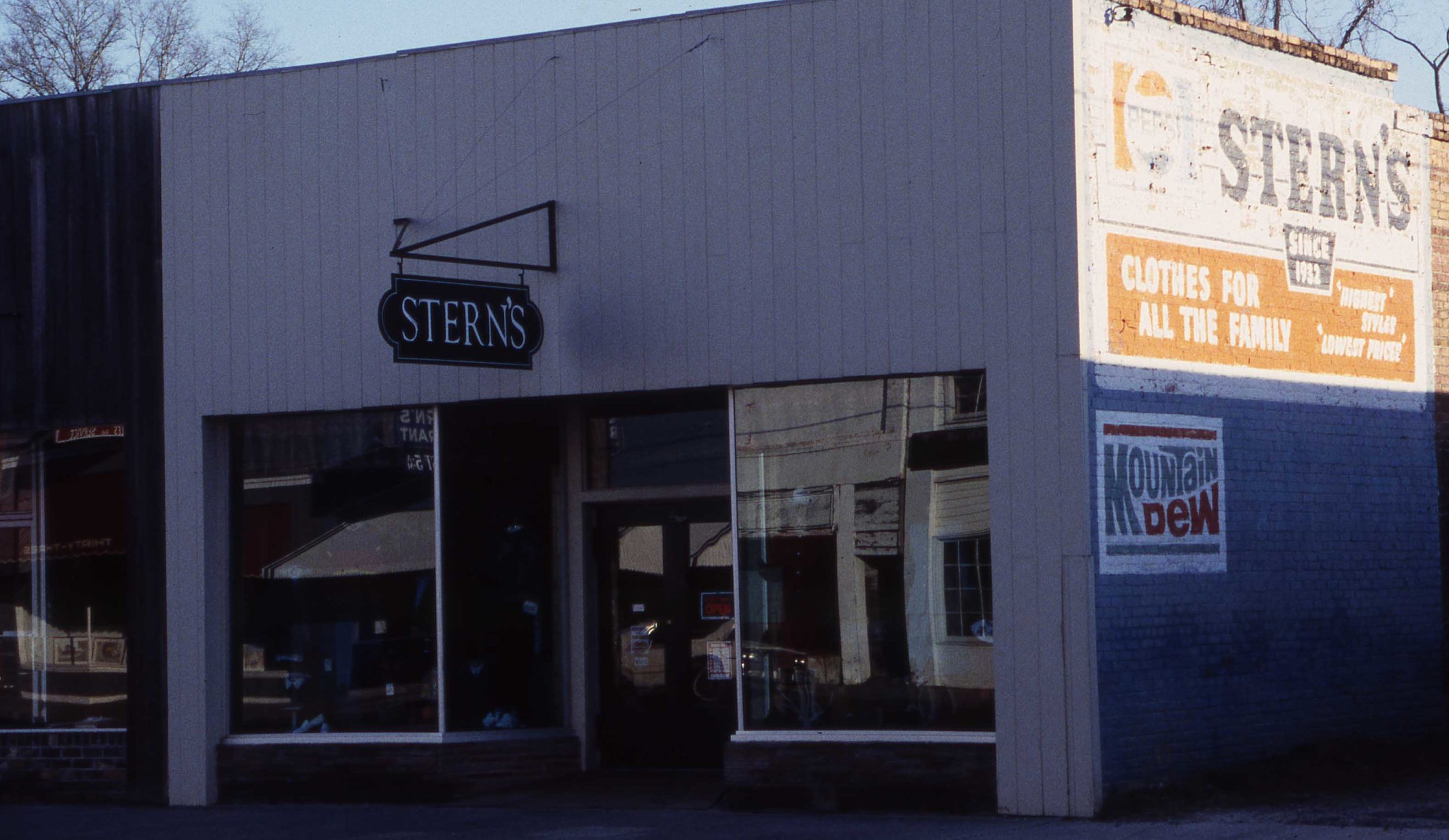 Maurice Stern (1890-1977), was born in Baltimore, Maryland and married Nettie Tucker (1896-1968) in the mid-1920s. After the birth of their daughter, Jane (1927-2018), the family moved to Lake City, where Nettie had relatives. They opened a store and had a second child, Raymond Stern (1930-2011). In 1932, the family moved to Andrews and opened this store at 20 E. Main Street. It sold “clothes for all the family.” According to Raymond, “As far back as I can remember, I was in the store. Daddy would take me on buying trips when I was five of six years old. Back in those days, we closed at midnight on Saturdays. Customers didn’t want to take packages to the theater so they would stop by and shop after the second movie.” The family moved the business to 18 E. Main Street after purchasing the building sometime in the 1930s. After graduating from the University of South Carolina, Raymond entered the U.S. Air Force. He returned to Andrews after his retirement and took over the store after his father’s death. The store closed upon Raymond’s retirement in 1996.

Raymond Stern poses next to the cash register at Stern’s Department Store, circa 1995. Image courtesy Special Collections, College of Charleston