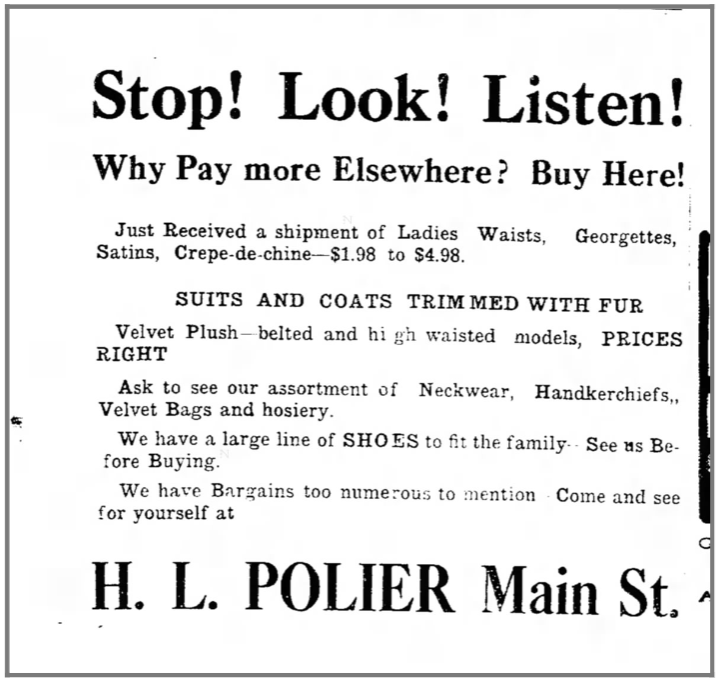 Harris L. Polier (1850-1921) was responsible for initiating a chain migration of European Jews to Aiken. Arriving in Aiken around the mid-1880s, Harris L. Polier peddled for a few years until he opened his clothing store, H.L. Polier’s, around 1888. There he and his wife, Fannie Friedel Polier (1863-1943), worked as a team, selling clothing and general merchandise to Aiken customers. After reading about an individual who had been jailed for being a vagrant, H.L. Polier in March 1919 provided the unfortunate person with a complete outfit from his store. Polier told the Aiken Standard later that month that he had previously employed a transient who turned out to be one of his best workers. After he passed away in 1921, his wife, Fannie, continued the business until 1939, with help from a Mrs. Engel and Polier’s daughter-in-law, Ruth Slater Polier (1902-2006).