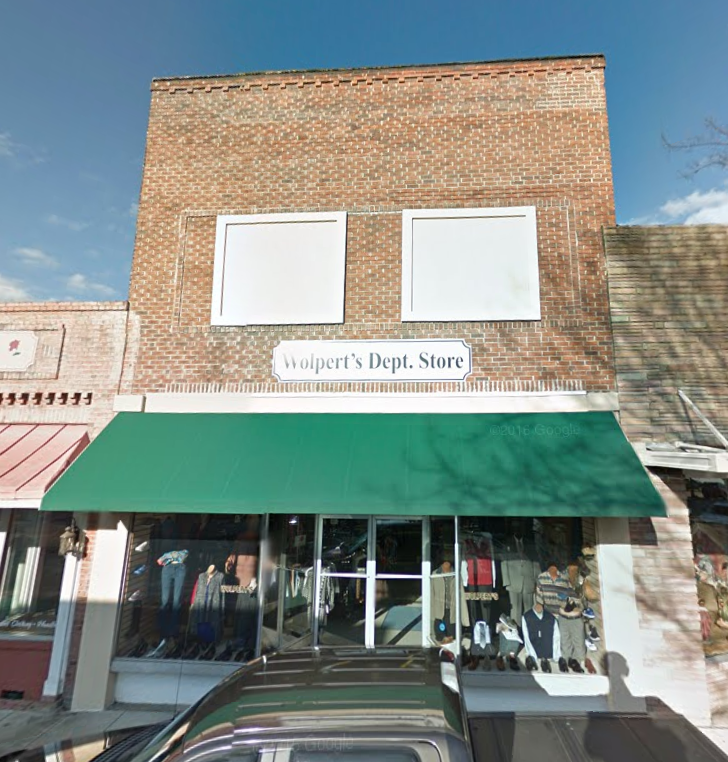 Bernard “Barney” Meyer Wolpert (1893-1964) was born in New York to Max Wolpert (1860-1927) and Bertha Karabelnicko Wolpert (b. 1864), who had immigrated from Russia in 1890. Max Wolpert worked his way up from a peddler to a produce merchant specializing in fish and then fruit. In the mid-1910s, Bernard Wolpert married Kate Kroll (1893-1970). Between 1917 and 1920, Bernard and Kate Wolpert moved to Lake City, South Carolina. Bernard worked as a dry goods merchant while his wife kept house and raised their children. In the late 1920s, the Bernard and his wife, Kate, moved from Lake City to Loris, South Carolina, a small town of about a thousand residents with a successful market due to its proximity to many tobacco farms. In 1927, Bernard Wolpert openedWolpert’s Department Store in a two-story, brick commercial building at 4111 Main Street. As of July 2020, the Wolpert family continues to operate their department store in the same historic Loris building.