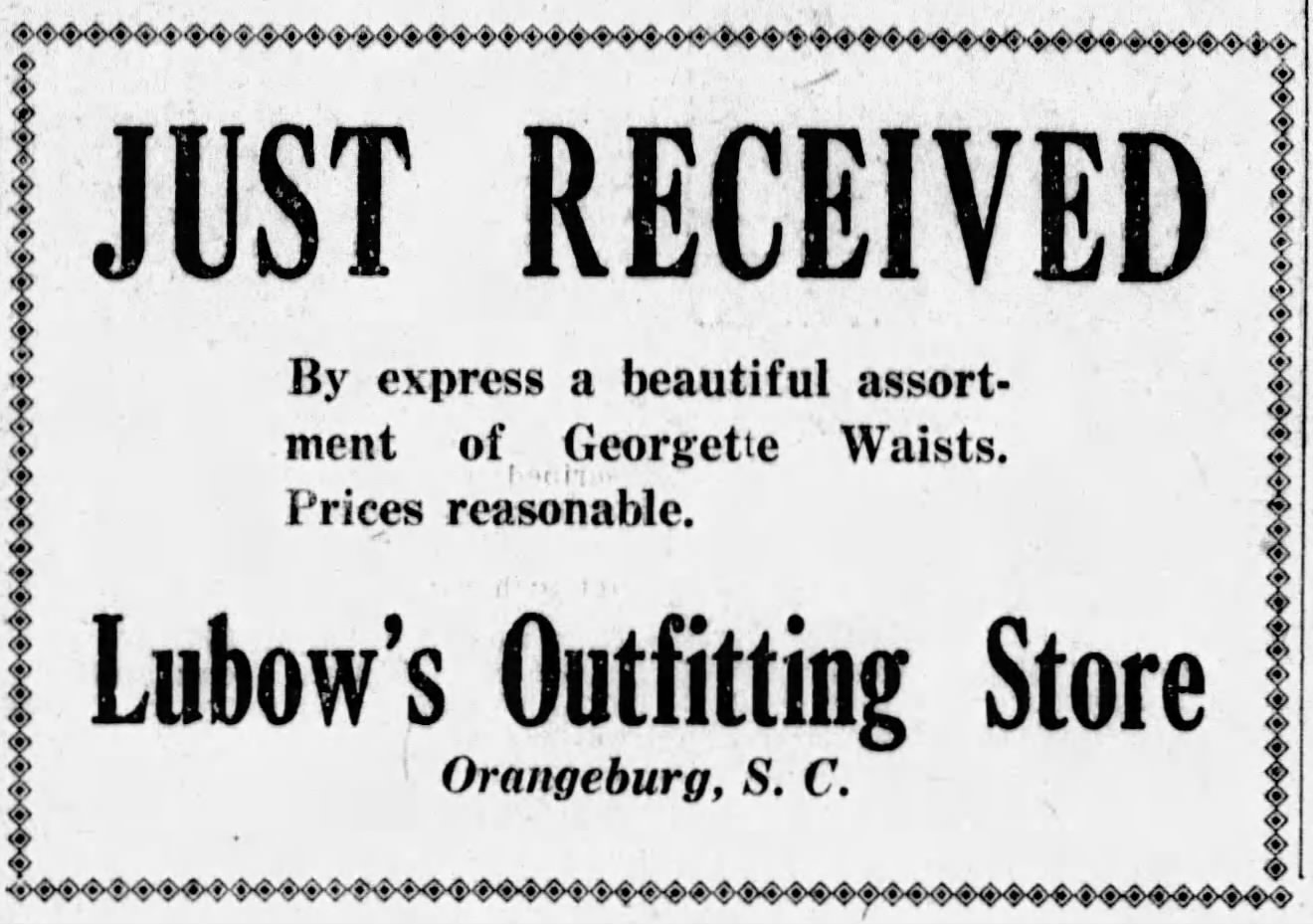 Nathan Lubow (1883-1940) immigrated to the United States from Russia around 1896. By 1910, he was living in Orangeburg, South Carolina with his wife, Jennie Elman Lubow (1885-1968), and daughter, Martha. That year, he founded Lubow’s Outfitting Store, which later became known simply as Lubow’s. Until it closed in 1935, Lubow’s sold men’s and women’s clothes purchased by Lubow himself on buying trips to northern port cities. After closing his business, Lubow split his time between Miami, Florida and Augusta, Georgia until his death in 1940. Above Image: Lubow’s advertisement. Reprinted from The Times and Democrat, February 28, 1935.