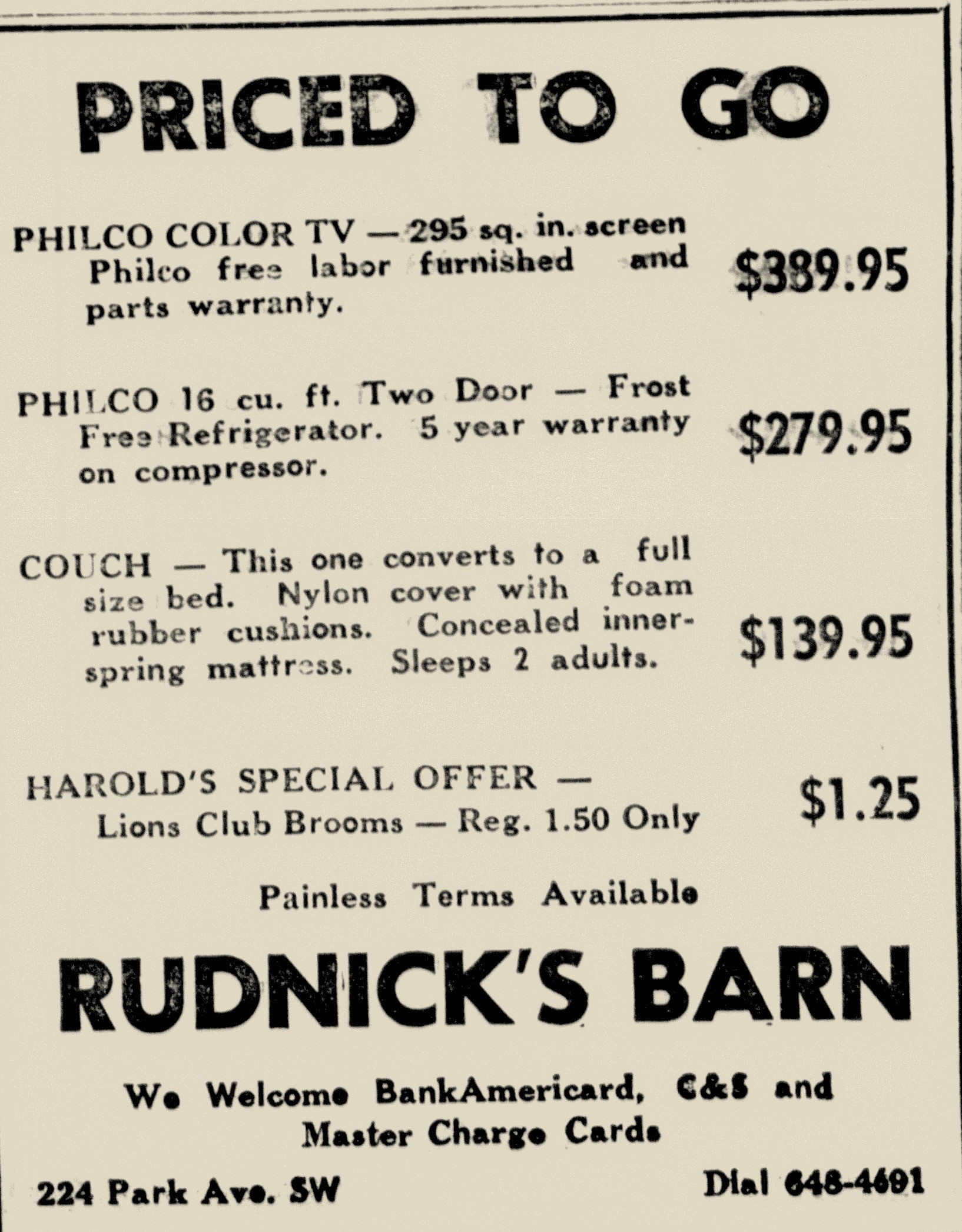 Harold Alan Rudnick was born in Aiken in 1922. His parents were Morris Rudnick (1889-1943) and Sophie Halpern Rudnick (1886-1965), both Eastern European Jews who had immigrated to the United States from Russia in the late nineteenth century. When Harold was growing up, his father Morris shifted his business from dry goods to furniture and radios. After Morris passed away in 1965, Harold moved his father’s business to Park Avenue and renamed it the Rudnick Furniture Barn. Harold’s wife, Irene Krugman Rudnick (1923-2019), helped him in the store. Irene initially operated her law practice out of the same building but her successful career as an attorney, the first Jewish woman elected to the South Carolina General Assembly, co-founder of USC Aiken, and Superintendent of Aiken schools necessitated her office move to a larger site. In the late 1990s, Harold was no longer in good health and the business closed.