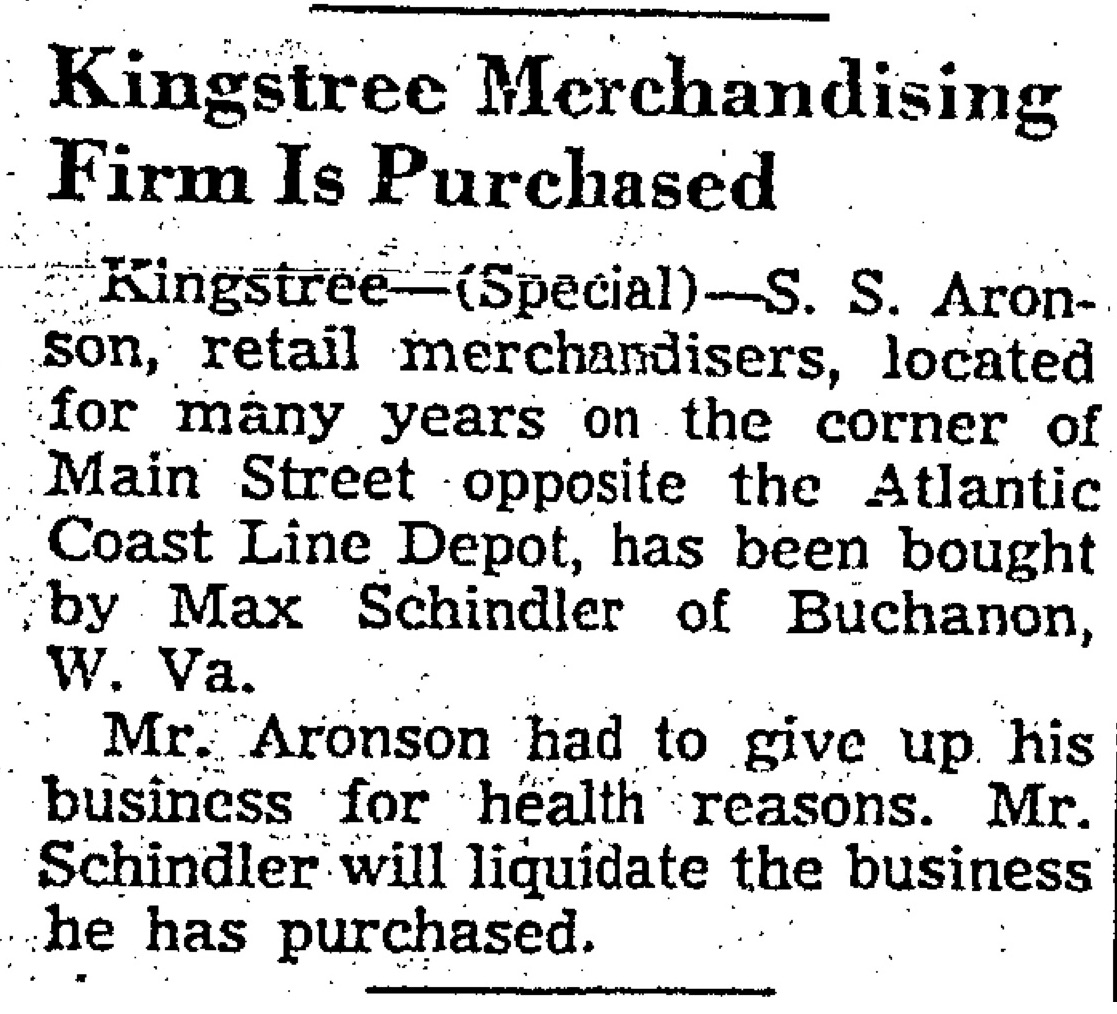 Solomon Samuel Aronson (1884 – 1973) immigrated from Russia in 1900 and settled in Gourdin, Williamsburg County, South Carolina, shortly thereafter. He initially partnered with J. Tigler to open Aronson & Tigler in that city. He opened the first S.S. Aronson, a dry goods store in Lane, in 1911. In 1915, Aronson married Henrietta Furshman (1893 – 1969) of New Jersey in 1915. By 1920, Abraham and Nathan Schrieberg, Aronson’s nephews, were living with the family and working as clerks. When the Aronsons moved to New Jersey in the 1920s to raise their sons, the Schriebergs took over the business and acquired it about 1924. The Aronsons returned to Williamsburg County by 1940 and opened this  S.S. Aronson store in Kingstree, which remained in business until 1956.