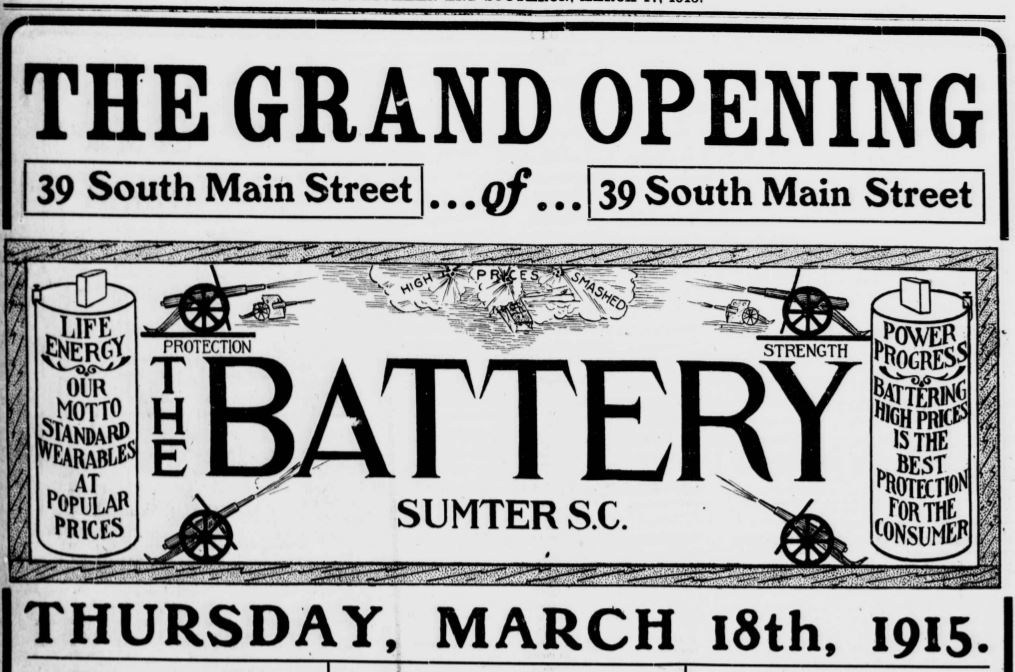 Main Image: The Battery advertisement. Reprinted from The Watchman and Southron, March 17, 1915.