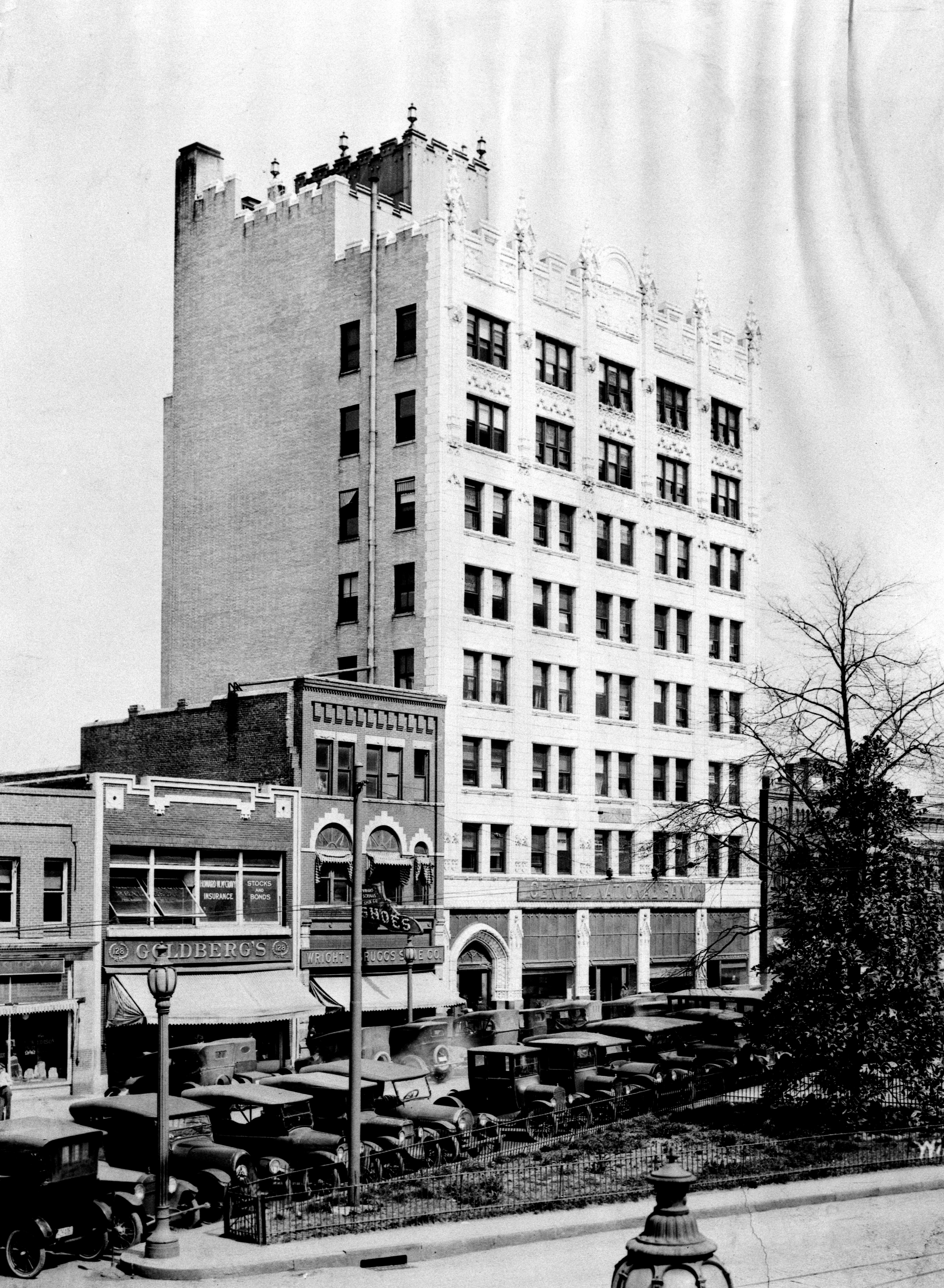 Abraham “Abe” Goldberg (b. 1877) incorporated the clothing store A. Goldberg in 1906. It initially operated at 130 Morgan Square (later known as 130 W. Main Street), but moved to 128 W. Main Street by 1920. Abe Goldberg, an immigrant from Germany, moved from New York to Spartanburg with his wife, Esther Meyerson Goldberg (1881-1969), about 1903. Between 1903 and 1905, he served as co-proprietor of two businesses: K. Goldberg & Son with his mother, Kate, and Battery Clothing Store with partner, Hyman Ougust. The latter operated out of this storefront in 1905.

Goldberg employed several members of the Jewish community, including his brother, Morris Goldberg (b. 1895), and brother-in-law, Louis Alexander Meyerson (1893-1980), who both boarded with the Goldberg family in 1910; L.A. Meyerson was first employed as a clerk but later served as store manager. Other employees included Meyerson’s brother, Michael Meyerson (1900-1987), clerk Joseph Goldstein (b. 1865) and Jerome Isador Pero (1896-1945), who worked his way up from clerk to buyer to manager. Both L.A. Meyerson and J.I. Pero managed the business in Abe Goldberg’s absence, as Abe, Esther, and their three children returned to New York by the mid-1910s. The business, known as Goldberg’s by the 1920s, closed about 1928, likely around the time of Abe Goldberg’s death.

Main image: The Romanesque building, pictured here in the 1920s, second to the left of the towering Chapman building, was the site of Goldberg’s clothing store from the mid-1900s to the mid-1920s. Image courtesy of the Herald-Journal Willis Collection, Spartanburg County Public Library