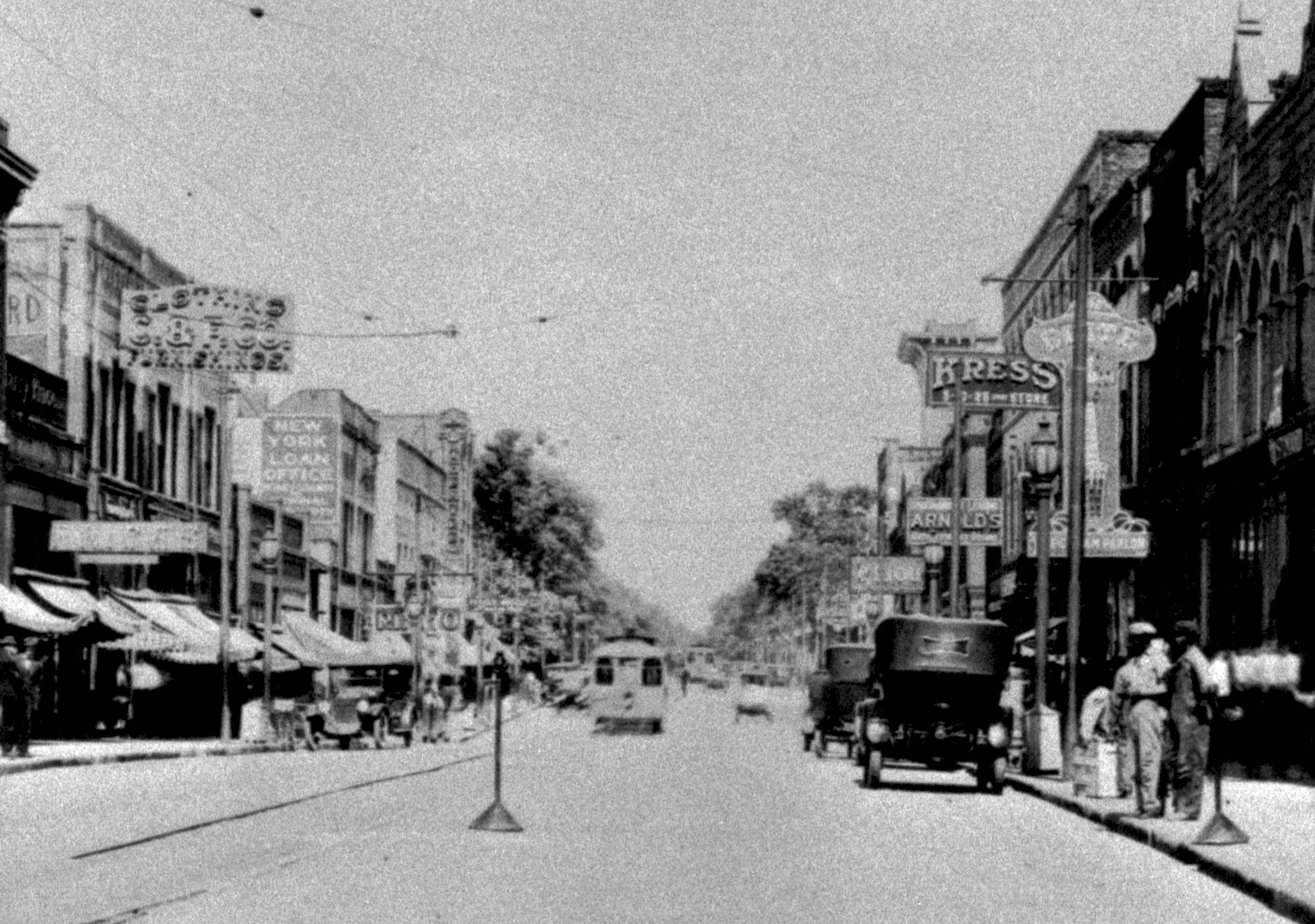 Hyman Ougust (1874-1932), also known as Hyman August, opened New York Loan Office by 1910 at 134 E. Main Street. Ougust, who was also known as Hyman August, immigrated from Russia to New York in 1890. In 1897, he married Celia Meyerson (b. 1875), the sister of Spartanburg merchants Louis Alexander (of A. Goldberg, clothing) and Abe Meyerson; they had three children before moving to Spartanburg about 1905. That year, Ogust briefly operated Battery Clothing Store with partner Abraham “Abe” Goldberg (b. 1877). Celia died sometime between 1910 and 1915, when Ougust married his second wife, Sadie Scheitzer Peigler of New York. Sadie Ougust also worked in the shop as a clerk. The pawn shop moved to 138 E. Main Street in 1926 and closed shortly thereafter. Ougust briefly operated a “leather goods and beauty shop,” known as “August’s” in the city directory, and then Cinderella Beautiful Slipper Shop, before retiring about 1930.